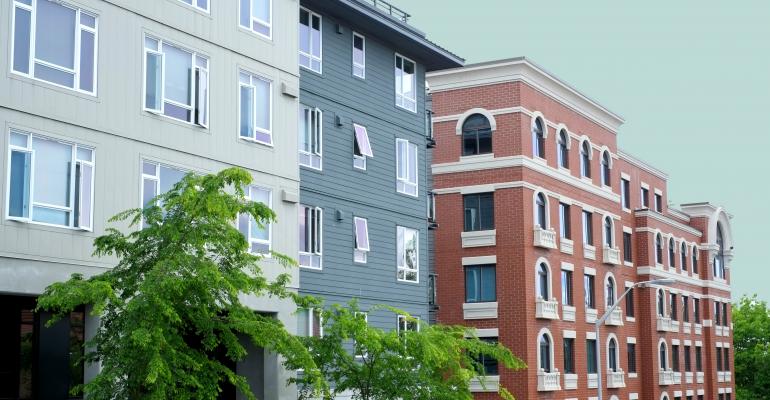 After a giant year in 2018, international investment in apartments slowed early this year, according to early data.

Rising interest rates and uncertainty about the economy’s prospects slowed the pace of investment in apartment properties during the first few months of 2019.

Lower interest rates are expected to lure some investors back to make deals later this year. And whatever course the economy takes in 2019, apartment properties are likely continue to attract buyers.

“As investors focus on increasingly defensive strategies, we expect interest in multifamily to continue to be strong from foreign investors,” says Maggie Coleman, head of international capital, Americas, for JLL.

The slow start to 2019 comes after a massive year for international investment in apartment properties in 2018. Foreign buyers spent $14.9 billion, according to JLL. That’s almost a third (30 percent) higher than 2017. RCA counts the number a little differently, but with similar themes. The firm tallies $15.4 billion in acquisitions of apartment buildings by foreign investors in 2018, up 11 percent from the year before.

Cross-border investment in commercial real estate overall hit a near-record level of deal volume in 2018, according to RCA. The $94.9 billion in cross-border acquisitions was second only to the $100.0 billion high-water mark set in 2015. The strong U.S. economy last year drew money from all around the world, with a unique concentration of capital from one country—Canada.

Apartments continued to take the largest proportion of that investment—almost a third of all transactions in 2018—while the office sector’s stake of investment declined to just 25 percent, its lowest ever share of trading, according to a report from Cushman & Wakefield.

Preliminary numbers from January and February show less capital from overseas coming to buy apartments in the U.S. This year has also not seen as many giant deals as large apartment companies buy other apartment companies. “One of the key forces for 2018 has not been seen for 2019: entity level transactions,” says Costello.

Uncertainty about the U.S. economy may have also caused overseas investors to hesitate. Job growth slowed in March, and economists are speaking more often about the possibility of an economic recession sometime in the near future. “With all the trade war talk and worries about the economy… there is a lot of uncertainty that makes people step back,” says RCA’s Costello.

Interest rates have also been volatile. They rose to their highest level in years in late 2018. “Mortgage interest rates went up,” says Costello. “That may have gotten people to pause as deals didn’t pencil out.” However, interest rates fell sharply again at the beginning of 2019, and low rates may already be attracting investors to negotiate property purchases that may close in the coming months, he says.

The benchmark yield on 10-year Treasury bonds hovered around 3 percent for most of 2018 and rose above 3.2 percent near the end of the year, as investors enjoyed mostly strong economic news and economists predicted the Federal Reserve would continue to gradually hike its own benchmark interest rate targets.

Interest rates—and the yield on Treasuries—crashed back down below 2.5 percent at the beginning of April after the Federal Reserve officials switched course and signaled they are likely to put off further rate hikes through the end of 2019. That’s the lowest the yield has been since January 2018.

Despite the challenges on deal volume, prices continued to grow in February 2019. Apartment property prices rose 8.1 percent on average compared with the year before, according to the RCA Commercial Property Price Index (CPPI).

In comparison, prices for all types of commercial property grew 6.3 percent on average year-over-year pace according to the RCA CPPI. Still, the outperformance for the apartment sector is moderating. A year earlier, in 2017, apartment prices grew 12.2 percent compared to the year before while all commercial properties average price growth of just 8.6 percent.

"We see interest across the property type (urban, workforce etc.) and across the risk spectrum, depending on yield requirements," says Coleman.