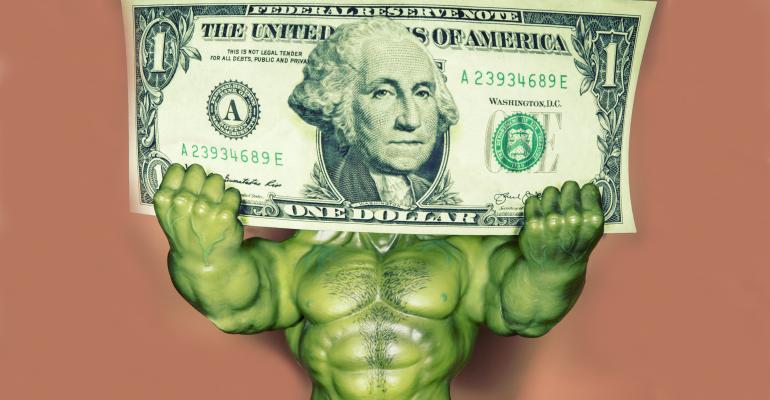 Expanded unemployment benefits and a one-time government payment for most Americans should ease some of the strain on renters.

This morning, the U.S. Senate finally reached an agreement for a $2 trillion stimulus package to support the U.S. economy as the novel coronavirus spreads across the United States.

As of press time, the details of the package were still being sorted through and it had yet to be voted in the House, but it is set to include direct financial assistance to most Americans, expanded unemployment benefits for up to four months, including coverage for gig workers and freelancers, $350 billion in aid for small businesses and $500 billion in corporate aid, among other measures.

The industry could use the help. As the U.S. economy grinds to a halt, a large number of people are likely to fall behind on their rental payments. In some regions, including New York, local governments have enacted months-long moratoriums on evictions to protect people who suddenly found themselves unemployed or furloughed from losing their apartments. With shelter-in-place orders and many businesses temporarily shuttered across large swaths of the country, apartment community owners will have to manage with less income from rents and increased expenses as they spend more money and manpower disinfecting common areas and keeping their communities running.

Renters under pressure by COVID-19

Economists, including the researchers at real estate services firm CBRE, are predicting the “rapid loss of three million jobs” as sectors of the economy including “non-essential” retailers, hotels and airlines have largely stopped doing business to help slow the spread of the coronavirus. That means a large number of households will not receive the paychecks they need to pay rent and other expenses.

Over the next 90 days, managers of apartment properties should not evict renters who can show they have been financially impacted by the COVID-19 pandemic, according to NMHC—with exceptions for property damage, criminal activity or endangering the safety of other residents.

“There have to be exceptions to the ‘no evictions’ rule,” notes Donnelly.

The federal government has suspended evictions in public housing until the end of April. Congress is considering a broader ban on evictions that would continue for six months after the end of the federal state of emergency, according to a draft being considered by the House of Representatives. The Senate proposal did not mention evictions as of March 24.

“We are still pushing for a national uniform policy that suspends evictions,” said Diane Yentel, president and CEO of the National Low-Income Housing Coalition in a conference call on March 23.

Landlords should also avoid raising the rent on their residents during the crisis, according to NMHC.

All of this will strain the budgets of apartment building owners with less income to pay for a growing list of expenses.

“Our buildings are experiencing increased occupancy during the day and increased expenses for maintenance,” says Paula Cino, vice president of construction, development and land use policy for NMHC. “For sure, the expenses are going to go up.”

For example, the New York City Housing Authority (NYCHA), the nation’s largest public housing authority, reportedly anticipates that the crisis is likely to carve a $300 million hole in its already strained operating budget because of the loss of rental income and the cost of hiring interim staff and extra cleaning at its buildings to fight infections, which requires NYCHA to hire external firms.

The stimulus package will help ease the strain by helping renters financially, especially since it grants unemployment benefits to gig and freelance workers who normally don’t get unemployment when they are out of work. “We have so many workers in retail service…” says

Rachel Fee, executive director of the New York Housing Conference. “They were already living on the edge.”

The stimulus package also includes a provision for the federal government to write individual taxpayers checks, including up to $1,200 for each adult and $500 for children. NMHC recommends working with residents who suffer financial difficulties to create repayment plans, once the crisis is over.

Even with the government’s help, many renters are expected to suffer financial hardship, especially in the nation’s most expensive cities, like New York, where a single month’s rent is likely to be hundreds or thousands of dollars higher than the government check. Nationwide, a quarter of all renter households already can’t afford the high cost of rent without paying more than 30 percent of their income, according to the National Low-Income Housing Coalition.

“How are they going to pay the back rent?” asks Fee. “The moratorium on evictions is kicking the can down road.”

NMHC executives are also worried that apartment communities that receive less income in rent may suffer financial difficulties as the properties fall behind in their own mortgage payments. Freddie Mac and Fannie Mae have both announced forbearance plans for their multifamily borrowers. However, many apartment owners have taken out loans from other, less-regulated, sources, including private equity funds, that may not be so forgiving.

Housing advocates are calling for bolder measures. On Monday, the House of Representatives saw the introduction of H.R. 6314, the Emergency Rental Assistance Act of 2020. The bill would provide $100 billion to the Emergency Solutions Grant (ESG) program for rental assistance given directly to struggling Americans. The legislation would also expand the criteria for those eligible for rental assistance to people earning up to 80 percent of their area median income (AMI).

The House aid package would also allocate $35 billion for state housing finance agencies to provide assistance and $5 billion in immediate emergency grants to help local governments fight homelessness, which had already been on the rise before the coronavirus crisis. Municipalities will eventually need as much as $14 billion to help the homeless, says Fee.

“We have already seen diagnosis in homeless populations,” says Fee. “This is the time to rally around safe housing. Otherwise it gets in the way of stopping the spread of COVID-19.”