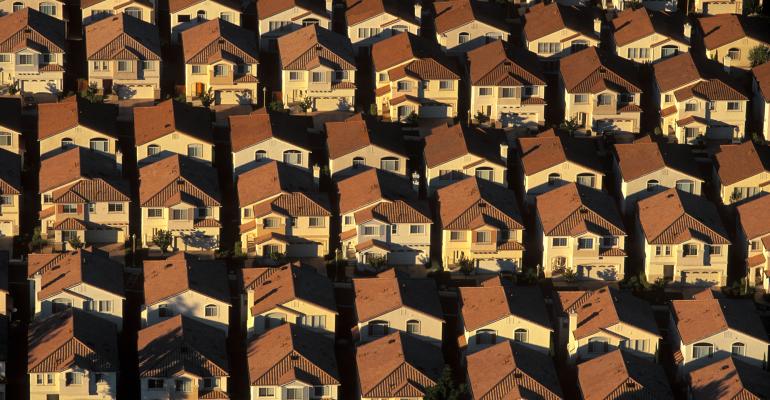 In a February Fannie Mae survey, 69 percent of respondents said they expect rental prices will rise.

(Bloomberg)—A record share of Americans anticipate that rents will go up over the next 12 months, according to Fannie Mae data going back to 2010.

In the February survey released Monday, 69% of respondents say rental prices will rise. On average, consumers expect rents to increase by 7.1% in the coming year, only slightly down from January, which set a record pace.

Rents are a lagging indicator in the consumer-price index, because renters see a change when their lease is renewed or when they move to a new place. That means that many long-term tenants haven’t yet experienced the worst of hikes in asking prices.

Median one-bedroom rents posted an all-time high in February -- the ninth time in the last 10 months it’s set a record, according to Zumper’s National Index, which tracks the top 100 rental markets in the U.S.

“Persistent increases in asking rents will eventually push up the average rent of the entire stock of units on the market,” which in turn feeds into the rent component of the consumer-price indices, the Federal Reserve Bank of San Francisco said in an economic brief last month.

The Fannie Mae monthly survey offers a window into consumers’ perceptions of the housing market. Perceptions are particularly significant in times of high inflation because they can become self-fulfilling.

The pandemic-era boom in the housing market has priced out many would-be home buyers, forcing them to rent, which pushed asking rental prices higher.

Since mid-2020, the Federal Reserve’s index on longer-term inflation expectations has increased sharply, but it is only slightly above with the average over the past decade.