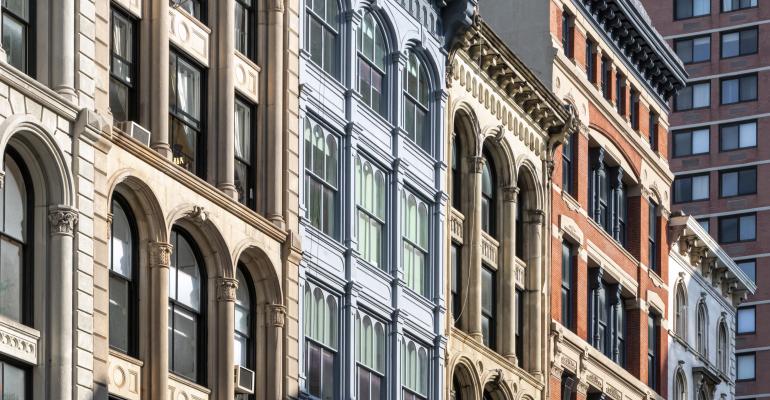 Operating Multifamily Properties in a Time of No Evictions

Most property managers are working with tenants on payment plans or other relief measures, but have concerns about abilities to cover costs and pay mortgages down the line.

A web of legislation and executive orders across the U.S. now forbid property managers from evicting residents of rental apartments who miss rental payments during the COVID-19 national health emergency.

But many landlords are struggling to balance the needs of residents who are now unemployed and underemployed with their own pressures of continuing to operate properties safely and pay monthly mortgage payments. In addition, managers have to sort through relief requests to determine which residents need it most.

The U.S. economy has largely frozen as workers and shoppers stay home to “shelter in place” to slow the rapid spread of the lethal coronavirus. Businesses are quickly laying off employees—more than 16 million workers have filed for unemployment in the past three weeks.

“There has never been a period when job loss was so severe in such a short time period,” says Greg Willett, chief economist for RealPage, Inc. “The number of households missing rent payments in April and May will reach unprecedented levels.”

Congress has passed a $2 trillion law to prop up the economy and offer extra support to unemployed workers. But many are still expected to feel the pain of the stalled economy, including many workers who for one reason or other are not eligible for unemployment.

Apartment managers are already preparing to the worst. “They are concerned about the ability of residents to stay up to date with their payments,” says Paula Cino, vice president of construction, development and land use policy for the National Multifamily Housing Ccouncil.

The first broad measure of missed rental payments was published last week by NMHC, using data from several tech providers to compile payment information on more 13 million apartment units across the country. The tracker found 69 percent of households had paid their rent by April 5; this compares to 81 percent that had paid by March 5, 2020, and 82 percent that had paid by the same time last year. The numbers were not as bad as some experts feared, but many anticipate the May figures could be worse.

“Challenges are likely to be biggest in the lower-tier product,” says Willett. “Renters in those properties generally have very high rent-to-income ratios, and it is unusual for them to have any financial reserves that would allow them to cope with an interrupted income stream.”

Many apartment managers have audited their own lease files to determine who might be out of work. These managers have reached out to or heard from residents who may have lost income to begin a dialogue. For example, the majority of apartment managers who use RealPage’s property management systems report that they had already reached out before April 1 to their residents to identify those who may have lost income.

“Most landlords are likely going to encourage payment plans that call for residents to pay some portion of their rent every month, rather than skipping payment periods entirely,” says Willett. “The probability of eventual collection of overall debt increases quite a bit with that approach.”

Property managers are also likely ask resident who need forbearance to extend their lease terms, which will give the residents more time to pay off any back rent. “Property owners and operators realize that they will have to work with residents to structure rent payment options,” says Willett.

In the short term, many owners can bear the brunt of the reduced income streams, especially with lenders also showing some flexibility in the heat of the crisis. But if rental income takes a hit for months on end, that will create a larger strain on the sector and potentially trigger loan defaults and delinquencies and make it difficult for owners to cover the operational and maintenance costs at properties that are now being used more than ever. Multifamily owners are not used to having most or all of their tenants on site all of the time, as is the case now with the lockdowns in place.

To protect tenants, Congress, federal agencies and a long list of local governments have imposed moratoriums on evictions of residents of apartments who miss rental payments during the crisis.

For example, the CARES Act passed by Congress imposes a 120-day moratorium on tenant eviction filings and late fees for almost all of the nation’s affordable housing properties.

In addition, the Federal Housing Finance Agency announced that Fannie Mae and Freddie Mac will offer multifamily property owners mortgage forbearance with the condition that they suspend all evictions for renters unable to pay rent due to the impact of coronavirus.

Cities and states have also passed eviction moratoriums, including most of the places that have seriously considered or passed rent control legislation, such as New York State, California and the city of Seattle.

“You cannot be evicted for non-payment of rent, residential or commercial, for 90 days,” said Cuomo in his daily briefing that day.

“On that basis, my daughters have stopped paying me rent. I’m not even sure that their finances have dropped significantly. But I just think they are taking advantage of the non-eviction order that I myself posted. And I resent it. But there is nothing I can do about it, legally.”

Housing advocates like the National Low-Income Housing Coalition also continue to press Congress to pass a national moratorium on evictions and foreclosures.

For any property not covered by these rules, it is unlikely that they could go forward with an eviction anyway. “An eviction typically requires a municipal court filing,” says Willett. “Those courts are temporarily closed right now in most locations. Thus, regardless of whether or not there’s an official moratorium on evictions, they generally can’t proceed at this point.”

The apartment industry largely agrees that evictions should not go forward during the crisis—with some exceptions. Over the next 90 days, managers of apartment properties should not evict renters who can show they have been financially impacted by the COVID-19 pandemic, according to the NMHC—with exceptions for property damage, criminal activity or actions that endanger other residents.

In addition, NMHC and the National Apartment Association have called for further relief and recovery measures to help both tenants and landlords

The list of propopsed measures the groups are pushing for include: