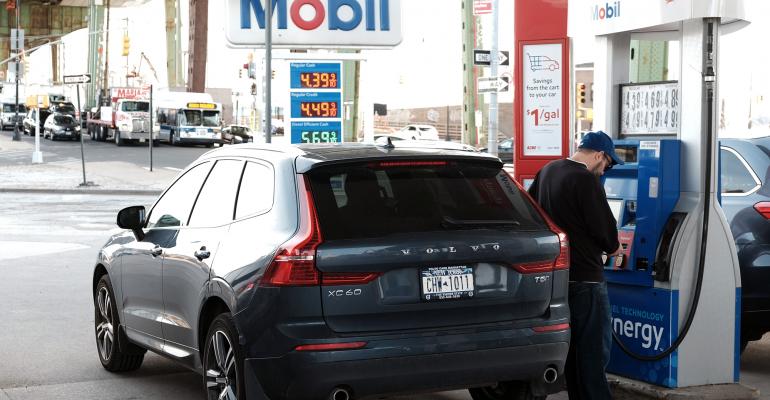 NYC Inflation at 5.1% Is Lowest Among U.S. Cities

Prices in NYC rose 5.1 percent in February from a year earlier, compared with a 7.9 percent jump nationwide, according to BLS.

(Bloomberg)—There are lots of reasons why New Yorkers love their city. The cost of living isn’t usually one of them. Still, right now -- amid a nationwide wave of inflation -- prices in the city are rising at the slowest pace of any U.S. metro area.

Prices in New York City rose 5.1% in February from a year earlier, compared with a decades-high 7.9% jump nationwide, according to data published Thursday by the Bureau of Labor Statistics.

That doesn’t mean the famously pricey city suddenly became a cheap place to earn a living. It’s still one of the most expensive places to live in the U.S., according to data from the Missouri Economic Research and Information Center.

The main reason for the inflation gap is New York’s housing market isn’t quite as scorching-hot as its peers in much of the U.S.

“The divergence between the U.S. and the New York area in overall CPI is largely due to the differences in the indexes for shelter,” said Martin Kohli, chief regional economist at the BLS.

The city saw an exodus that depressed housing costs in the pandemic’s early months, as New Yorkers decamped to work from home elsewhere. They’ve been returning, and prices have bounced back -- rising for 11 straight months, according to data from brokerage Douglas Elliman Real Estate.

Still, as of January that recovery still left median rents in Manhattan just short of their pre-Covid peak -- while in other housing markets across the country, records have been smashed.

And the inflation gap with the rest of the country is amplified by the fact that housing eats up a bigger chunk of household budgets for New Yorkers than for the average American. Shelter accounts for 37.5% of the NYC price-basket that’s used to measure inflation, compared with 32.9% nationally, Kohli said.

The U.S. cities with the hottest inflation -- like Phoenix, which led the country last month with an 10.9% annual price increase, or Atlanta at 10.6% -- have generally been the ones with big property-market booms. Overall, consumer prices rose by a record in 22 of the 24 metro areas tracked by the Labor Department. The rate in New York City is 50 percentage points below its record.

New Yorkers are also getting their share of the energy squeeze, which is poised to get worse after Russia’s war on Ukraine sent global prices soaring.

The average price of gasoline in New York City has almost doubled since early 2020 -- to $4.47 per gallon, above the national average -- according to GasBuddy data. But that’s offset by the fact that car usage is lower in New York than in most of the U.S., so relatively fewer people may feel the impact.

But it’s hitting residents like Faisal Ansari, a Queens resident. He said he has been driving for UberEats full-time for about two years. Now, a combination of rising gas costs and lower earnings from each trip are causing him to consider searching for other jobs.

“It hits when you have to refill your gas every two days,” he said of the recent price spike at the pump. “We are getting crunched from everywhere. It’s really bad.”

One consolation for New Yorkers: Plenty of them are still being spared the cost of commuting. Data from Kastle Systems show that only a third of workers in the Greater New York region are coming into the office, lagging the national average.

And residents are enjoying a respite in New York’s restaurants, which have raised their prices at a slower pace than the national average -- perhaps to help revive demand, since the city’s diners have been more reluctant to go back to pre-pandemic habits than Americans as a whole, according to Open Table data.