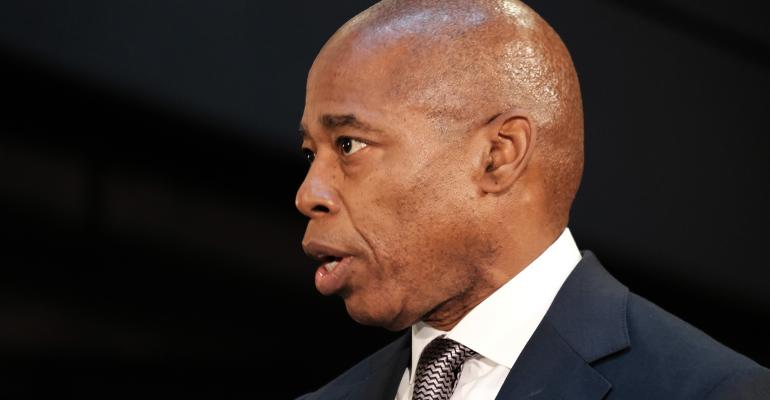 Businesses ranging from Pfizer Inc. to Silvercup Studios will fund the Homeless Assistance Fund that will provide services to people living on the streets or experiencing mental illness.

The partnership, called the Homeless Assistance Fund, will expand on the city’s already existing efforts to provide services to people living on the streets or experiencing mental illness. It will fund new outreach teams for the nonprofit homeless-services provider Breaking Ground, Adams said at a briefing on Tuesday. Those teams are expected to be operating by fall, he said.

The city has struggled with persistently high levels of homelessness. Employers in New York’s business districts have complained that visible encampments and unsheltered individuals experiencing mental illness living inside the subway system have exacerbated employees’ fears about returning to work in office buildings and using public transportation.

The collaboration with private businesses will allow outreach workers to connect with homeless people in privately owned areas that city outreach workers can’t currently access, such as “ATM vestibules, retail spaces, and plazas,” according to a release sent by the mayor’s office.

“There is no wall between this administration and the business community,” Adams said at the briefing.

A late March poll commissioned by the Partnership for New York City of nearly 10,000 office workers found 94% believed not enough was being done to address homelessness and mental illness in the city, and 74% of commuters said public safety had worsened on mass transit in the past two years.

Bloomberg LP, the parent company of Bloomberg News, is among the 61 companies contributing to the fund.