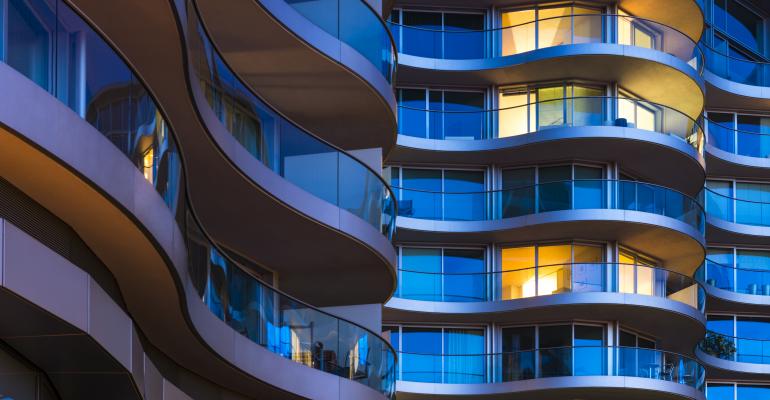 Apartment building developers who get tax breaks for affordable housing for the middle class may be required to rent to shelter residents.

Developers who get tax breaks to build towers with yoga rooms and billiard tables, in exchange for designating some units as affordable, will now be required to fill those apartments with shelter residents if they fail to find tenants through an affordable-housing lottery.

The rule applies to about 200 units that were vacant as of Friday, according to the city’s Department of Housing Preservation & Development.

“This administration is identifying new and creative ways to combat homelessness,” said Matthew Creegan, a spokesman for the department. “We saw an opportunity to provide high-quality permanent housing to some of our homeless neighbors, and we’re seizing it.”

Placements in some buildings could begin as early as this week. They will be limited to families in shelters who can live independently -- not the homeless who need extra social services or support, Creegan said. Their rents will be paid to the developer by the city.

The rules will largely affect buildings where the affordable units are designated for middle-income tenants -- from single people who earn as much as $97,110 to families of three with a combined income of $124,930, according to city guidelines.

This includes The Dime, a tower in Brooklyn’s Williamsburg neighborhood with a basketball court and a bar. There are 19 studios in the building that will be rented for $2,116 a month, and 24 one-bedrooms for $2,270, according to its lottery advertisement.

At Essex Crossing on Manhattan’s Lower East Side, one-bedroom units are available for $1,912 and $2,717, depending on an applicant’s income. Lotteries for tenants are ongoing at both buildings.

Affordable rentals for middle-income residents are only slightly below market rate, making them a popular choice for developers who opt in to the tax-exemption program, said Jordan Bardach, chief operating officer at City5, a consulting firm that helps developers comply with housing programs.

But prospective tenants often don’t realize they qualify, and when they do, may not want to endure a lengthy lottery and income-verification process for apartments that only come at a slight discount. That sometimes leaves units vacant after the lottery is over.

Under the old rules, developers could widen their search and find qualifying tenants for those apartments by posting on standard rental sites and with brokerages, Bardach said.

With the change allowing homeless placements, “some developers might pull out of the program completely,” he said. “The developers who agreed to enter their property into a lottery process, this is not what they were signing up for.”