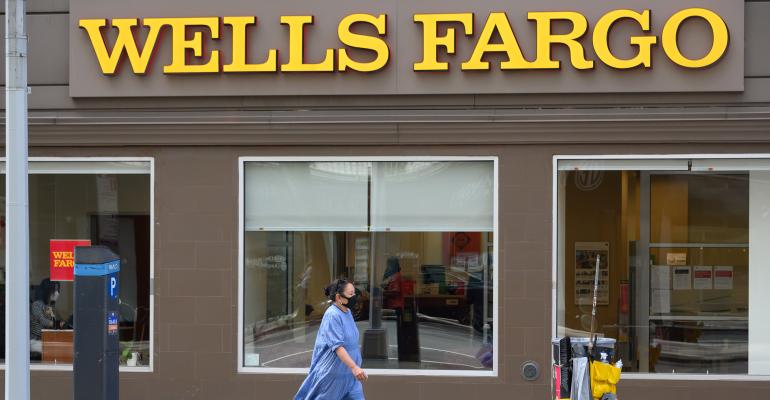 For renters whose landlords don’t accept credit cards or other forms of digital payments, Bilt will send a check on behalf of customers.

(Bloomberg) -- Wells Fargo & Co. will start letting customers earn points and miles on their rent payments as the banking giant deepens its push into credit cards.

The San Francisco-based lender is partnered with Bilt Rewards on a new card that will operate on Mastercard Inc.’s network, the companies said in a statement Monday. Bilt was created last year and already works with some of the country’s largest property owners and managers, including AvalonBay Communities Inc., Blackstone Inc. and Cushman & Wakefield Plc. Rather than drawing down from a customer’s credit line, rent payments using the card will come from a linked bank account.

Banks and payment networks have long sought to move the $500 billion Americans spend on rent each year to cards and other forms of electronic payments. Property managers tend to offer tenants three ways to pay: via check, using an electronic bank transfer or with a credit card. Nearly half the time, payments are made using a check or other paper methods, according to the Federal Reserve, and renters using credit cards are often charged as much as 3% to cover processing costs.

“It didn’t take long for us to really see the opportunity here,” said Dan Dougherty, executive vice president of co-brand partnerships at Wells Fargo. “You have rent, which is $500 billion every year -- not only do you not get rewards, if you want to use a card you’re going to have fees on that. So let’s solve that.”

Card users will be able to earn one point per dollar spent on rent and a bevy of perks for other purchases, according to the statement. For renters whose landlords don’t accept credit cards or other forms of digital payments, Bilt will send a check on behalf of customers.

Points can be redeemed with partners including airlines and hotel chains. Users can also put points toward a down payment when buying a home with a Fannie Mae or Federal Housing Administration mortgage.

“We were looking at this saying, ‘How is it possible your single largest expense -- rent -- is the only expense where you don’t earn anything back?’” said Bilt Chief Executive Officer Ankur Jain, whose alliance with multifamily owners and managers represents more than 2 million apartment units. “Now, you’re getting something back for it.”

For Wells Fargo, the tie-up marks another step toward beefing up its presence in card lending. While the bank is usually ranked No. 2 in debit cards, it’s long punched under its weight in credit cards, typically coming in at No. 8, according to data compiled by Bloomberg Intelligence.

To try to change that, the lender has unveiled a number of new cards. The firm debuted a co-brand credit card with Hotels.com in 2020, and last year introduced a cash-back card. Wells Fargo plans to pitch customers on the Bilt card through its branches and ATMs, Dougherty said.

The Bilt product is the first time Wells Fargo and Mastercard have partnered on a new credit card in five years. As part of the offering, the Purchase, New York-based payment network created BiltProtect, which is what the company will use to pull funds for rent payments directly from a linked bank account.

“We could not be more excited about our partnership,” said Bunita Sawhney, executive vice president of U.S. financial institutions at Mastercard. “We’re really keen to get this one off the ground.”