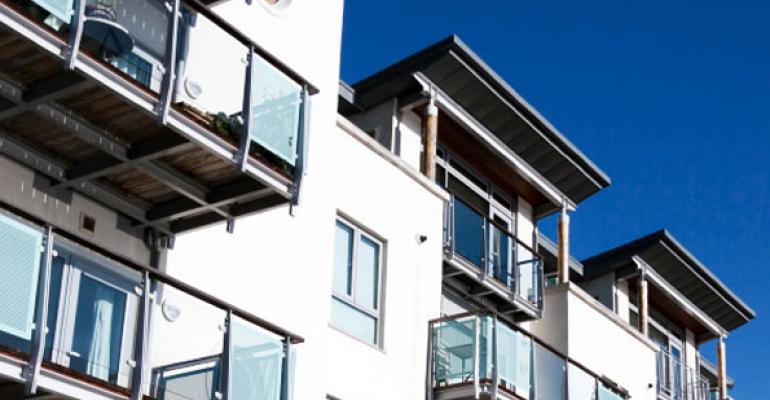 “Affordable housing has become a commodity that is traded through brokers,” says Scott Kline, vice president for the National Housing Trust (NHT). “And there are a lot of bidders.”

These deals can make sense for for-profit investors, at least in the short term. But it’s not clear whether these new, for-profit landlords are up to the challenge of managing these properties or what their long-term plans are for the assets.

For buyers such as private equity funds guaranteed income from rents can be enough to provide a yield on investment in affordable housing properties. The communities are often fully-occupied, in markets where their rents are set significantly below the competition, but are often still high enough to provide significant income. Many properties receive income project-based rental subsidies from the U.S. Department of Housing and Urban Development.

Many affordable housing communities are now purchased by for-profit investors, who can often pay in cash, closing the deal in as little as 30 to 60 days. Real estate brokers are now a huge part of the business. Brokers at commercial real estate services firm CBRE helped sell $4.8 billion of these properties from 2010 to 2014, or nearly $1 billion a year. That’s more than three times the $1 billion in such transactions that CBRE helped close during the last real estate boom, from 2005 to 2007.

Now that properties are more likely to sell quickly through brokers, many affordable housing buyers have difficulty closing quickly. A few larger non-profits have banded together to create entities that provide capital to accelerate deal closings.

Many communities looking for buyers

There is a huge number of affordable housing properties to buy and sell. About 1.1 million units of housing built with funding from the federal low-income housing tax credit program (LIHTC) have already reached the end of the program’s 15-year compliance period. Every year, another 100,000 units built with LIHTCs reach that finish line. Another 1 million units were originally built decades ago through federal programs run by the U.S. Department of Housing and Urban Development.

The investors who originally owned controlling interests in these properties may be interested in selling because many have already taken the tax benefits provided by affordable housing programs.

Most of the properties, however, still have restrictions on how high their owners can raise the rents. The exact restrictions vary widely, depending on the property and the programs involved, but some may be set to last for decades. Most of new investors in affordable housing seem to be following the legal restrictions on rent increases, but their intentions for the long-term are not clear. Private equity buyers, for example, typically hold their properties for about five years and then sell.

Some property brokers offer affordable housing communities for sale to potential buyers along with guidance on how to strip the rent restrictions from the property. Potential buyers should beware. State housing officials may agree to remove affordability restrictions, but it’s not clear why they would. Many housing agencies explicitly say that they are on a mission to increase the amount of affordable housing, not reduce the number of affordable apartments, according to Cindy Holler, senior vice president for national real estate development strategy with Mercy Housing Inc., a national non-profit affordable housing organization.

Local rent regulations can also stop rents from rising as quickly as planned. For example, the investors who bought Stuyvesant Town and Peter Cooper Village, a massive workforce housing community in New York City, at the end of the last real estate boom paid nearly half a million dollars per unit. They thought they could raise the rents to market level to justify that high price. But rent regulation in New York State proved to be much stronger than the investors anticipated, and the property ended up being seized by the lenders during the recession. (It has since been bought by another set of private equity investors, including the Blackstone Group and Ivanhoe Cambridge).