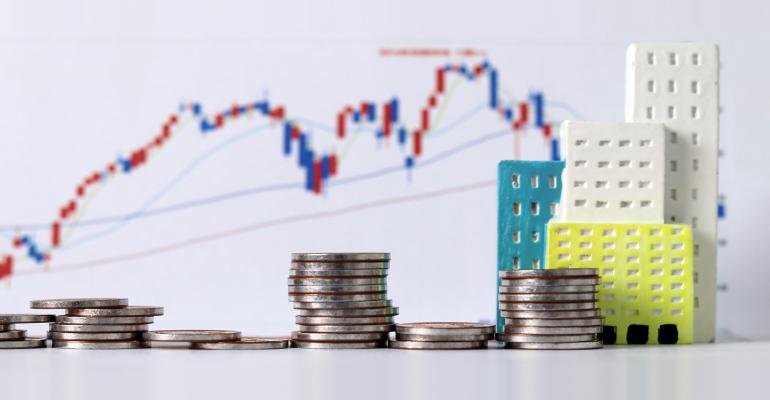 Rising interest rates and the overall state of capital markets are top of mind for respondents in WMRE’s ninth annual multifamily research report. (This year’s report is brought to you by ThinkWood).

The survey was taken just ahead of the July 26th Fed meeting, which resulted in a 75 basis point rate hike. So, it is no surprise that 91 percent thought interest rates would rise over the next 12 months. Rising interest rates is translating to higher capital costs. As of mid-August, 10-year and seven-year fixed rate loans were pricing identically due to the yield curve with an all-in rate around 4.25 to 4.50 percent depending on the individual transaction. That is a sizable move compared to 12 months ago when borrowers could finance at around 3 percent, notes Jeff Erxleben, president of debt and equity at Northmarq.

“Rising interest rates and disruptions in certain segments of the credit markets has resulted in a shift in where financing activity is happening,” adds Erxleben. Last year, the CLO market and bridge loan market is where most of the transactions were happening. That is still happening to some extent, but the real trend in where financing activity sits today is with Fannie Mae, Freddie Mac and the banks. Life companies are still active, but on a very select basis, he adds.

“Freddie and Fannie are really the go to source for refinance activity and for select acquisition activity,” says Erxleben. Refinance activity is being driven by investors looking to convert shorter-term bridge loans into longer-term fixed or floating rate options from the agencies. On the acquisition side, Fannie and Freddie continue to dial in their loan proceeds and underwriting to find loan-to-values that are accreditive for acquisitions. That also is balanced with acquisitions that have adjusted to the current market dynamics in terms of higher cap rates, notes Erxleben.

Respondents rated local/regional banks as the most significant source of debt capital for multifamily with a mean score of 6.4 out of 10, followed closely by national banks at 6.2 and Fannie Mae/Freddie Mac at 6.0.

The reality is that DSCRs and LTVs have gone up as values have gone down, notes Erxleben. According to Erxleben, loans that were maxing out at 50 percent LTV 12 months ago are now in the 60s or even moving close to 75 percent on agency loans. The good news is that the fundamentals remain very strong with good cash flow coming out of properties, and lenders are still underwriting aggressively. “Lenders continue to be bullish on the sector itself and the performance of the properties remains strong. So, they’ve dialed in their assumptions, and they are willing to lean in a little bit more,” he says.

Multifamily loans have been performing very well with delinquencies below 0.5 percent. However, three-fourths of respondents think delinquencies will rise in the coming year, which does reflect a sizable jump from the 57 percent who held that view a year ago. Likely, that response is related to the fact that delinquencies have been incredibly low. “Any uptick that does occur is likely to be in select instances where the business plan didn’t work out or other forces were at play, but on a broad brush in multifamily we don’t see delinquencies going up materially,” says Erxleben.

The full version of WMRE’s multifamily market research (brought to you by ThinkWood) will be published later this month.

Survey methodology: The WMRE Multifamily Research Study was conducted via an online survey distributed to WMRE readers in July 2022. The survey results are based on responses from 289 participants. Respondents represent a cross-section of different roles in the multifamily sector, including investors, building owners and managers, developers, lenders and brokers. Nearly three-fourths hold a senior management position within their firms, including 50 percent who identified as an owner, partner, president, chairman, CEO or CFO.