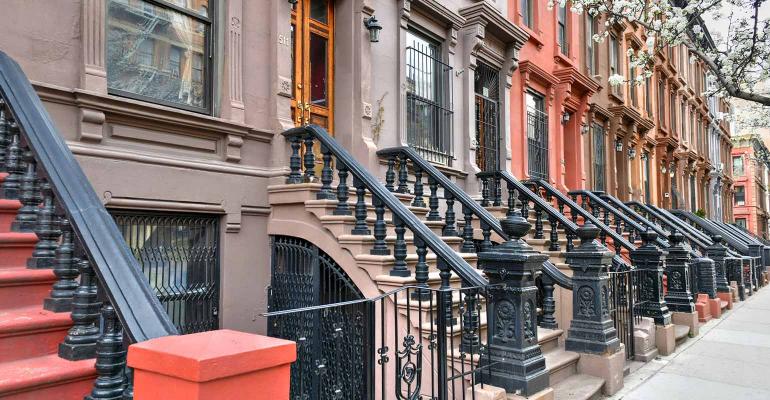 Manhattan Homebuyer's ‘Fear of Missing Out’ Starts to Dissipate

As sales boomed from late 2020 through early 2022, potential buyers didn’t want to miss out on the chance to get in before prices rose further. But now, some buyers are putting their hunt on hold, according to interviews with agents and other real estate experts. Other consumers who are continuing to look are starting to become pickier about price, a marked shift from last year.

After more than a year of frenzied sales that moved quickly and often above asking price, “there’s no more fear of missing out,” said Kimberly Jay, an Upper East Side-based Compass Inc. agent.

While Manhattan sales typically slow during the summer, market veterans believe they’re seeing more than just a normal seasonal shift. At best, it might be a return to market dynamics before Covid-19 hit, when well-priced homes sold quickly and especially desirable ones went for above their asking price while others languished for months or even years.

Across the US, the housing market has started to show signs of softening from its once-frenzied pace due in part to the near doubling of rates on a 30-year fixed mortgage since the start of the year. But in Manhattan, roughly half of purchases are in cash, meaning it’s the losses across the stock and other assets such as cryptocurrencies that are starting to chill the housing market’s momentum, agents say. The chorus of executives warning about a potential recession hasn’t helped either.

“Put that all together and what do you get? You get people going into paralysis or simply taking a moment to recalibrate and say to themselves, what do I need to do?” said Frances Katzen, an agent who leads a top-selling team at Douglas Elliman Inc. “Where am I with my wage growth? Where am I with my savings? Where am I with my future and where am I going with where I'm living?”

“Essentially, the market’s going back to normal,” UrbanDigs co-founder John Walkup said. “From late 2020 through early 2022, it was like driving at 120 miles per hour. Now we’re back at 60 miles per hour.”

Appraisers and brokerages will release second-quarter sales data next week, and agents anticipate the prices and volume in those reports will be far rosier than current conditions.

There are mixed signals coming from the Manhattan luxury market. During the week of June 6, 25 contracts were signed at $4 million and above, according to Olshan Realty Inc., which releases a weekly report on high-end sales. The next week, when the S&P 500 officially entered a bear market, 12 contracts were signed, making it the worst week since Dec. 28, 2020. Luxury contract signings improved last week to 20.

“Twenty contracts a week means the market is normal,” said Donna Olshan, Olshan Realty’s president. “At anything below 20 a week, the market is correcting.”

Still, Olshan sees the luxury market’s dynamics changing, with some buyers newly deterred and others motivated to find a deal.

For luxury buyers in Manhattan, falling stock prices are the leading deterrent, Olshan said, as they’ve watched net worths tumble by millions of dollars in recent months and may be anticipating smaller bonuses or corporate reorganizations. But the easing of the market could provide some opportunity for cash buyers or those who want to jump into the market before interest rates rise any more.

“When things are bad, it’s a great time to shop,” Olshan said.

Not every buyer or seller is ready to make that jump after the past few months of mixed economic signals.

Still, some purchases are taking place as serious buyers make reasonable offers and determined sellers are willing to accept less than they’d initially wanted, according to Jay. She listed an Upper East Side two-bedroom in early May with the seller understanding he’d likely have to accept less than his asking price of $1.799 million. Just three buyers toured the apartment and two made offers below that price. The seller accepted the cash one and signed a contract by the end of the month.

To contact the author of this story:
Jennifer Epstein in New York at [email protected]