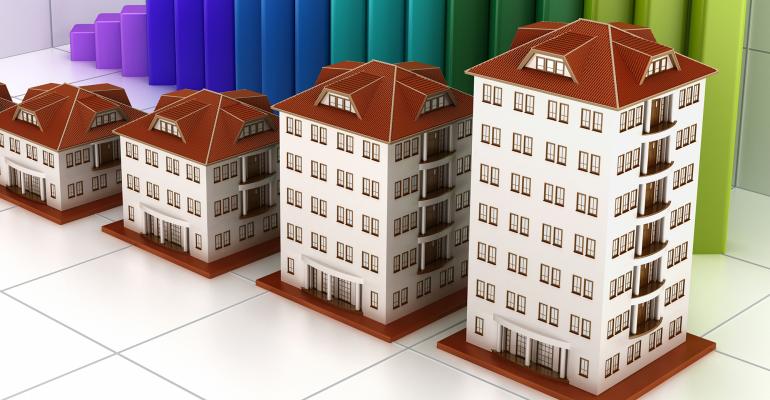 A Look at Multifamily Investment by State

Mapping out where investors have spent money on apartment properties so far in 2020.

It has been far from a normal year for commercial real estate investment. Volume is down dramatically year-over-year for every property type. And buyers and sellers continue to try and navigate the bid-ask gap and figure out how to reprice assets amid the massive economic disruption caused by the COVID-19 pandemic.

For example, investment sales volume on multifamily properties, which has been a hotly pursued sector in recent years, saw a sharp drop in the second quarter—down 76 percent according to CoStar and 70 percent per Real Capital Analytics (RCA) data. In May 2020, investors paid a total $3.1 billion to buy apartment properties in the United States. That's roughly one-fifth of the amount they spent during the same period the year before, according to RCA, a data firm based in New York City.

Nonetheless, at least some deals are getting done. In fact, some buyers were extremely active in the first six months of the year.

For a sense of how deal activity has played out, we asked CoStar to provide us a state-by-state breakdown of year-to-date multifamily sales. The map below illustrates which states have seen the highest volume of sales so far. Not surprisingly, the most populous states with some of the biggest cities in the country have seen the greatest multifamily sales volume.