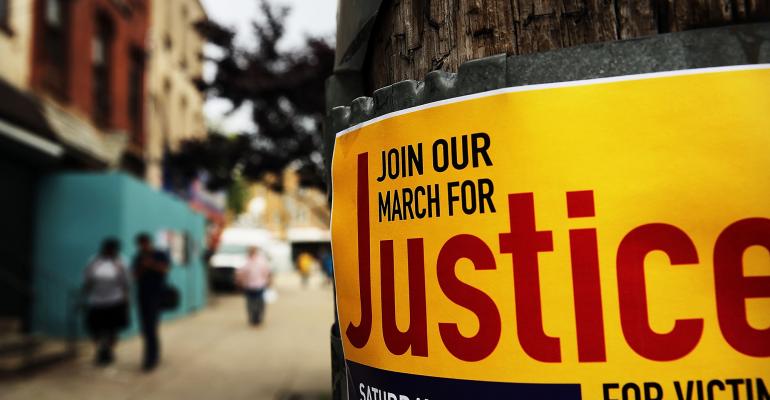 Decades of undervaluing properties in Black neighborhoods has deprived communities of generational wealth.

Last year, the killings of George Floyd and Breonna Taylor at the hands of police, among several other high-profile incidents of racial violence, led to much broader conversations about diversity, equity and inclusion throughout American society. Commercial real estate has been no exception to this. Many firms added new chief diversity officers. Industry associations made renewed efforts to foster conversations about what it would take to open up opportunities in the industry. There was much talk of turning a “moment into a movement.” And there have been efforts to create new programs and launch new funds that seek to level the playing field.

In that context, the National Multi Housing Council hosted a Racial Equity Event last week where speakers took up questions such as how systemic racism has deprived Black communities of wealth creation over time due to undervaluing of homes; how companies developing in historically Black communities can be more sensitive and why it's ultimately important to diversify the executive ranks in the commercial real estate industry to help address these issues.

Homes in neighborhoods with predominantly Black residents are consistently undervalued, according to new research. That has significant implications for real estate investors.  The research is from a new book by Dr. Andre M. Perry, senior fellow in the metropolitan policy program at the Brookings Institute. Dr. Perry presented the book Know Your Price, Valuing Black Lives and Property in America’s Black Cities and its findings at the Racial Equity Event hosted online by the National Multifamily Housing Council on Feb. 25.

“In these places, the home prices are so low that’s [it’s] a discount,” according to Dr. Perry.

In absolute terms, the higher the percentage of Black residents in a neighborhood, the lower the average price of a home in that neighborhood tends to be, according to Dr. Perry’s research. So that in places where more than half of the population is Black, the homes were nearly half as expensive as in other neighborhoods.

The price difference can’t be fully explained by the features of either the homes themselves or the neighborhoods’ infrastructure, support services and general demographics. Homes in areas with a high percentage of Black residents were less expensive even when compared to similar houses in places with similar amenities, similar levels of resident incomes and similar levels of education.

“We really wanted to get an apples-to-apples comparison,” Dr. Perry said. “What we found in that homes in Black neighborhoods are underpriced by 23 percent—about $148,000 per home.”

That works out to $156 billion in cumulative losses in neighborhoods across the United States. And that’s just looking at single-family homes, though Dr. Perry is current expanding his research to apartment rentals and is expecting similar results. In Dr. Perry’s view, the high amount of lost value is the self-perpetuating result of lack of investment in these areas and the misperceptions of potential investors.

At the same time, large apartment owners that do invest in projects in minority communities can sometimes end up alienating existing residents in their new neighborhoods. Dr. Perry told the story of a conflict between some of the residents of a new apartment development and a neighborhood cell phone store in the Shaw that became infamous throughout Washington, D.C. The cell phone store used to play Go-Go music onto the sidewalk, at decibel levels that were well below what the local law allows, and even below the decibel levels of nearby traffic noise. The new residents at the Shay, the new luxury mixed-use complex nearby, complained anyway.

“They called the police. They called the fire department,” according to Dr. Perry. “They complained to the CEO of the phone company and he contacted the franchise and they had to turn off the music.”

However, the story did not end there. Long-time neighborhood locals created a counter-protest—#DontMuteDC—to demand that the store be allowed to bring back the sidewalk music. “There were protests all around the city using the hashtag,” Dr. Perry aid.

Part of the issue in disputes like the one above might be that the apartment development or management company that invests in minority neighborhoods might sometimes be too far removed from local concerns. Having more diverse staff might help such companies become better at recognizing and mediating these kinds of issues before they escalate.

There are 57 more white men than Black men in senior executive jobs in the commercial real estate industry, according to a 2017 study funded by the Knight Foundation. There are also more than 14 times more white women in these types of jobs than Black, indigenous or other women of color.

Speakers at NMHC’s Racial Equity Event recommend that apartment investment firms take time to mentor and build relationships that will lead to more diverse leadership. “It takes time when you want to approach it in a way that’s meaningful,” said Stephanie Williams, president of Bozzuto Management Company.

Apartment investment companies can also benefit from the knowledge of the firms they partner with. “There are so many minority and women-owned businesses that know their communities,” said Tammy Jones, CEO of Basis Investment Group, who also spoke at the NMHC event. “Do deals with Black people and other ethnic minorities. Just figure out how to make sure that you have partners that are diverse.”

“I think there is a missed opportunity,” says Jones.

This summer, NMHC plans to release its “Housing Equity Toolkit” to articulate the role that apartment investors, developers and operators can play in creating equity and resiliency in areas that have historically suffered from underinvestment.