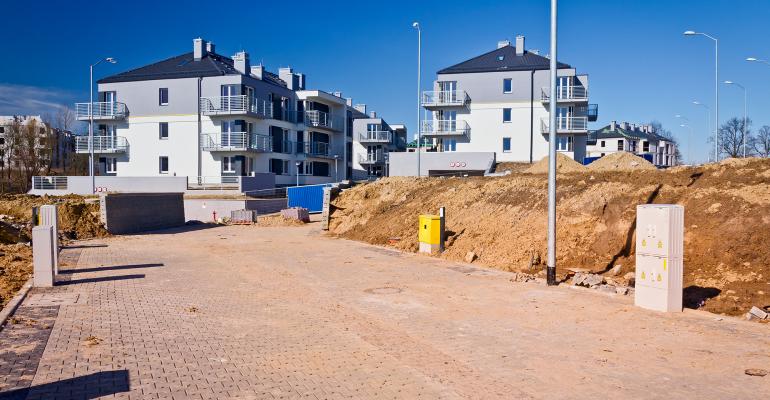 How the Infrastructure Bill Could Boost Apartment Development

Cino sat down with WMRE to describe the ways November’s “roads and bridges” bill is likely to impact apartment development.

There’s a lot. The transit lines will create new places where apartment developers can build desirable, new “transit-oriented developments.” In addition, solving problems like decaying infrastructure will lighten burdens many towns and cities have asked developers to pay to fix. And new broadband investments will make many potential development sites more attractive to renters.

WMRE: How is the first bill that Congress passed on infrastructure affecting the apartment business?

Paula Cino: We think that this is a really important bill for our space. There is an undeniable link between housing and infrastructure. There is a significant amount of funding for roads, bridge, rail, airports in this bill. Making these kinds investments in traditional infrastructure, which is what this bill was really focused on, is really important for development.

People have been really pursuing projects that meet that transit-oriented development criteria. There has been tremendous appetite for those sites. It is fair to say there are definitely opportunities in this bill for new communities in our space.

WMRE: What can developers do today make sure they have an opportunity to build near whatever new transit is created?

Paula Cino: Awareness is really sort of fundamental here. As the funding really gets stood up, it will be important for developers to keep an eye on where those opportunities are and those funds are going. It is something we are going to be sure to educate our members about. As the funds are going out, we want to make sure that housing is part of the conversation.

WMRE: If you were talking to an apartment developer who is not tremendously plugged in, and they know that somewhere people are talking about how this transit money will be spent and where the new train line will run, but they don’t know how to get invited to whatever the big gala is where they would have the chance to meet everybody. What do they do?

Paula Cino: There are still a lot of conversations that are going to happen before the money is going to be spent… communities tackle these decisions in so many different ways. Developers know that they have to be tuned into what is going on in their individual communities.

WMRE: What other ways will the infrastructure bill affect development?

Paula Cino: We are operating in an environment where investment in infrastructure has been lacking. Communities really have not had the kinds of funding they have needed. They have really had to turn to housing developers as well as existing property owners to fill that gap. When there is solid funding for infrastructure, that takes some of the cost burden off of property owners.

WMRE: How often do developers have to pay to build a road or bridge or some other infrastructure to get the right to build on a site?

Paula Cino: That is a very, very common theme that we hear from our members. It is very often the case that we are being asked to flip the bill for local infrastructure investment. That is a real problem. It just adds to the cost of housing.

WMRE: Does the bill do other things that will support the construction of new housing?

Paula Cino: There is a significant amount of funding for water infrastructure—something like $55 billion—and a piece of that goes to lead pipe replacement. That is a critical issue for the communities we operate in.

It could really make a difference for new development, where you have underserved communities that still suffer from lead pipes. If we came into a community, and we found that there continued to be lead pipes, we would have to upgrade that, and that goes into the cost of the housing… or maybe that investment becomes less attractive.

WMRE: I understand the infrastructure bill also includes money for fast, broadband Internet. How does that affect the development of apartments?

Paula Cino: It is such a critical need in today’s world to have this connectivity. Our residents demand this. It’s unrealistic that we would be able to develop in a place or a property that really doesn’t have good broadband infrastructure. This funding is going to support communities in making those investments. And that is really going to unlock options for us to work within those communities.

WMRE: There have been a number of proposals over the years to tie transit funding to housing. Does this bill do that?

Paula Cino: It really focuses on traditional infrastructure. This bill didn’t really get into the zoning and land use side of the equation… Some of that language has been moved over to the “Build Back Better” bill that Congress is negotiating now. Conceptually, the infrastructure bill really is focused on driving investment to transit projects that are in communities that are genuinely in need of that investment.

WMRE: And for developers who say, “Isn’t the main action for housing in the next, ‘Build Back Better’ bill? That bill may include billions specifically to support housing development and redevelopment. Why should I pay attention to this bill?”

Paula Cino: This bill that we have just passed is incredibly important. It is really necessary that we improve our infrastructure, that we drive investment to those projects that need it. That is going to be what supports apartment development or renovation going forward.