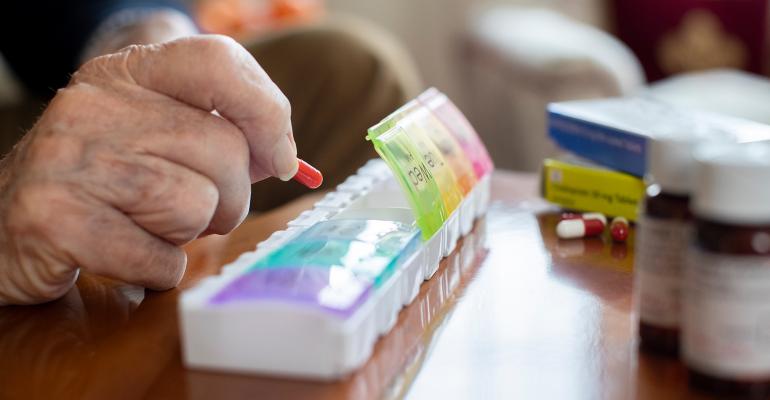 Health, Housing Hit Budgets of Older Americans Even Before Covid

Among the roughly one-fifth of older Americans who rent their homes, spending on shelter accounted for almost half of overall expenditures.

(Bloomberg)—Older Americans spent a growing share of their budgets on housing and health care in the decade through 2020, according to new data from the Social Security Administration.

That squeeze could get worse in the coming years, with some economists warning that prices in those areas -- which haven’t so far risen as much as the overall inflation rate -- may climb.

While overall spending by older Americans didn’t change that much from 2010 to 2020, there were shifts in its composition, the SSA found.

The housing numbers also highlight sharp disparities by ownership status. While most Americans in that cohort own their homes, the share of people that have paid off their entire mortgage dropped by 5 percentage points over the decade, to 55%.

Meanwhile, among the roughly one-fifth of older Americans who rent their homes, spending on shelter accounted for almost half of overall expenditures -- a share that rose 3.4 percentage points in the decade.

Renters tend to have lower incomes than homeowners, and are less likely to be White. The increase in rental costs in 2021, which is forecast to accelerate this year, will add to financial pressures on the group.

Health care was the other category that took up an increased share of budgets for 65-and-overs, accounting for about $1 in every $7 they spent. That’s despite the existence of a federal health-insurance program, Medicare, specifically for that cohort.

Measured in 2020 dollars, their average spending on health-insurance premiums rose to $4,860, from $3,667 in 2010. Those premiums accounted for 73% of out-of-pocket spending by the age group on health care in 2020, up from 64% in 2010, while the shares that went to drugs and medical services and supplies declined.

Overall, the SSA data also reveals high levels of inequality in the spending of the 65-and-over age group, as in the rest of the population -- accounting for a big spending gap between the median older American and the average one.