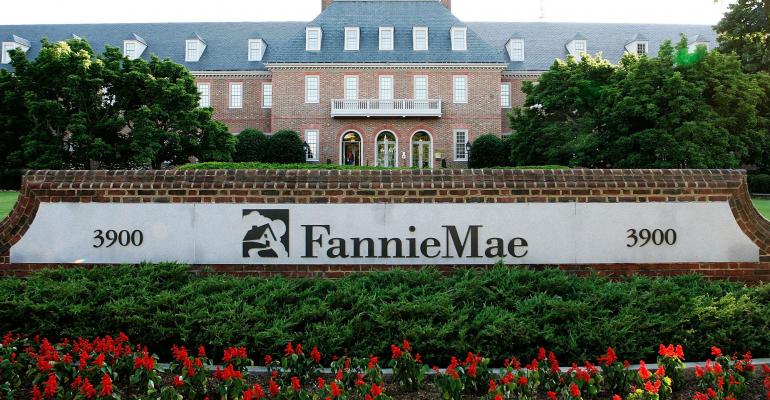 (Bloomberg)—Fannie Mae and Freddie Mac are poised to get less stringent capital requirements, with their regulator planning a revamp of tough rules approved at the end of the Trump administration.

In a Wednesday statement, the Federal Housing Finance Agency said it’s proposing amendments to the November rules that would specifically target so-called credit risk transfer securities -- assets that transfer the risk of mortgages defaulting to private investors. Under the overhaul, Fannie and Freddie would get more capital relief when issuing such securities.

“The amendments proposed today will allow the Enterprises to support the housing market throughout the economic cycle in a safe and sound manner,” Acting FHFA Director Sandra Thompson said in the statement. “The proposed requirements provide the Enterprises with the necessary incentives to support sustainable lending initiatives by transferring a significant amount of credit risk away from the taxpayers to private investors.”

The Trump era rules, a priority for ex-FHFA Director Mark Calabria, required Fannie and Freddie to hold hundreds of billions of dollars to protect against losses. The housing industry criticized the regulations, arguing they were excessive and would lead to higher mortgage costs.

Calabria’s initial proposal was particularly hard on credit-risk-transfer securities with firms complaining that what he had in mind would make it uneconomical for Fannie and Freddie to issue them. When the rules were finalized late last year, he acquiesced slightly. Now under Democratic leadership, the FHFA wants to give the mortgage giants even more capital relief when selling the securities.

The regulator is seeking comments on its proposal for 60 days.