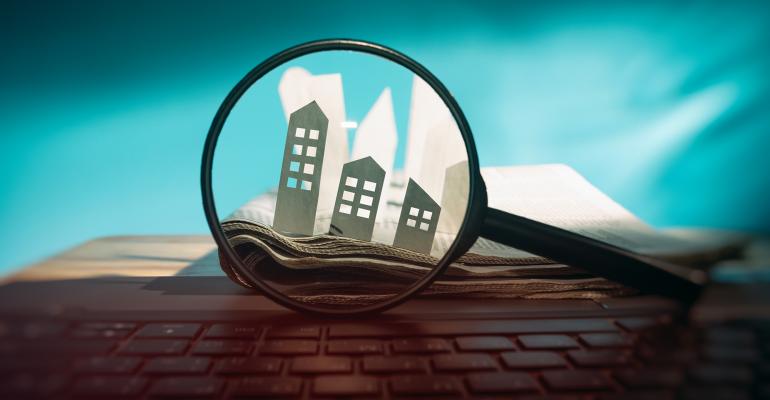 Some firms are augmenting their in-house acquisition efforts by working with third-party firm that leverage data to help find deals.

Real estate investors often grumble that they have to look at hundreds of deals to find one good one. Even then, they’re usually competing against dozens of other investors, reducing their chances of winning the bid. And if (or when) they lose out, they’re left with nothing but disappointment after wasting thousands of hours on sourcing and underwriting.

It’s often an inefficient and ineffective process—one that’s been largely unchanged for years. Now, many frustrated investors are turning toward a new business concept—acquisitions as a service offering. They are augmenting their in-house acquisitions efforts by working with third-party firms that leverage data to help find deals and move faster than the competition to deploy capital.

Related: Multifamily Investors Are Ending 2020 on a Brisk Buying Clip

“The whole real estate business is a little old school, but Archer is doing something new and unique that gives us another avenue to find investment opportunities,” Root says. “We can only talk to so many sellers and make so many calls on our own.”

So far, Blackfin has been successful in winning deals without any outside help. Year-to-date, the firm has closed 13 deals, making it one of the most active buyers in the market. It owns and operates a portfolio of 33 apartment properties totaling more than 7,400 units.

Despite Blackfin’s track record of winning deals, the firm’s leadership is always looking for innovative ways to edge out its competition. Root says: “Archer, by leveraging their tech, helps us identify properties that fit our investment criteria and target potential sellers.”

Today, real estate investors are under tremendous pressure to deploy capital, especially those that have raised money through funds. The pressure is worse for multifamily investors, given the amount of capital that has flooded into the sector as investors trade out of office and retail assets.

“In real estate, it seems that capital is often not the issue, but finding supply has become increasingly challenging,” says Thomas Foley, co-founder and CEO of Archer. “Everyone is looking for an edge. Data-driven deal sourcing and underwriting allows our clients to have an unfair advantage against their peers and even outcompete mega-funds with their own in-house data teams.”

So far this year, Archer has analyzed 32 markets for its clients and identified more than 200 properties for acquisition. During the third quarter of 20201, it facilitated off-market deals totaling $252 million. According to Foley, Archer can identify more than 10 off-market deal opportunities in less than two weeks and uses a fee model that real estate professionals are used to working with—pay for performance.

Before Foley launched Archer, he was an investment broker with HFF (now JLL) in the Bay Area, and during his stint with the firm, he witnessed the struggle that real estate investors face when trying to deploy capital. The crux of the problem: quality, actionable information.

“It’s about giving them the information they need to act, to be more judicious with where they spend their time, and therefore to be more successful in deploying capital and making acquisitions,” Foley says about Archer’s investor clients. “If they don’t have to wade through all the minutiae, they can really get to what they want to do with their time, such as winning and closing deals.”

Foley isn’t the only one who noticed how archaic and time-consuming the acquisitions process can be. Travis Farese, founder and CEO of Austin-based Offerd, realized the same thing when he made his first buy as a multifamily investor and every transaction since then.

“Every search meant starting from scratch,” Farese says. “It was always difficult sourcing properties that fit my investment criteria, and I had no idea how to go about finding properties that might be appropriate but were not listed.”

Those difficulties drove Farese to launch Offerd, which takes on entire acquisitions process for investment firms, regardless of whether they have an in-house acquisitions team or not. In the past few months, the company has facilitated acquisitions in excess of $200 million and is on track to pass $1 billion in the next 12 months.

Currently, Offerd is working with Cross Mountain Capital to expand its portfolio into the Mountain West region. Prior to signing on with Offerd in 2020, the New York-based multifamily investor conducted all acquisitions in-house. It had about $50 million in assets under management, primarily smaller properties in the upper Northeast.

Archer’s ability to source off-market deals is one of the main reasons Cameron Pringle decided to work with the firm. As the founder and managing partner of San Diego-based multifamily investment firm Manor Development, Pringle was searching for ways to supercharge his firm’s acquisitions efforts and grow its existing portfolio of eight communities totaling 260 units in and around Southern California.

“Off-market deals are the best opportunity to get a decent return, but finding them is ruthlessly labor-intensive, and we just don’t have the man power internally to do it,” Pringle says.

Pringle, who has a tech background and spent nearly six years at Tesla engineering batteries, was immediately intrigued when he heard about Archer’s data-driven approach to deal sourcing. The company hired a data scientist with a hedge fund background to guide its data analytics efforts.

Archer’s proprietary tech platform, AIM, aggregates data from traditional and non-traditional sources and marries it with local market knowledge. By monitoring millions of data points, including cash flows and occupancy rates, AIM can assign properties with a “seller propensity score”—a number that essentially rates the likelihood that an owner might be willing to sell in an off-market deal.

“To be able to identify properties that fit our value-add strategy and have an idea which owners are open to selling saves time and produces better results for us,” Pringle says. “Honestly, Archer’s tech is just really bad-ass.”

Experts estimate that off-market deals represent about 50 percent of overall multifamily acquisition volume, if not more. Blackfin perfectly embodies this stat: the firm’s deal flow in 2020 was upwards of 80 percent off-market, according to Root.

Working with companies like Archer and Offerd represents a more proactive approach to acquisitions. Investors aren’t waiting around for deals to come to them. Rather, they’re pursuing the properties that meet their investment criteria.

The commercial real estate industry, particularly the multifamily sector, doesn’t suffer from a lack of data. However, it does suffer from knowing how to make the most of it when it comes to acquisitions.

“The data is out there, but it’s like concrete and other raw materials—it’s always incumbent on individual firms to put it to work,” Farese says.

Offerd tracks over 90,000 off-market multifamily properties around the country. Its predictive analytics platform builds on 10,000-plus data points at the national, market, sub-market and property levels to identify assets that meet specific acquisition criteria.

“Without these insights, you’re often a passive investor waiting for the right opportunities to emerge,” Farese says. “With this huge knowledge base, you’re an active investor who develops an investment strategy with specific parameters, finds properties that suit those criteria and conducts direct transactions. It’s this data around each property that delivers a true competitive advantage.”

It’s that competitive advantage that Pringle was seeking when he connected with Archer. Initially, he asked the firm to identify investment opportunities in San Diego, where Manor is based. The results surprised him, though—Archer uncovered new neighborhoods with potential and highlighted opportunities in zip codes that he wasn’t familiar with, despite living nearby.

Because of the success of the first Archer search results, Pringle plans to work with the firm to identify similar investment opportunities—smaller value-added apartment communities—in markets outside of San Diego.

Archer’s recommendation engine will play a big role in fulfilling Manor’s strategic goals. Developed by Archer’s team of data scientists, the recommendation engine takes a customer’s investment strategy in a market in which they’re already invested and identifies other markets that also fit into that strategy. If it sounds similar to Netflix’s suggested show list, that’s because it is. “Archer can tell a client, ‘If you like this, you’ll love this…’” Foley says.

With Archer’s help, Pringle anticipates that Manor Development will be able significantly ramp up its acquisition activity. “It’s new, and it seems that real estate is resistant to anything new, especially technology, but before hammers, people used rocks. Once investors realize they have a hammer, they’ll be dying to use it.”