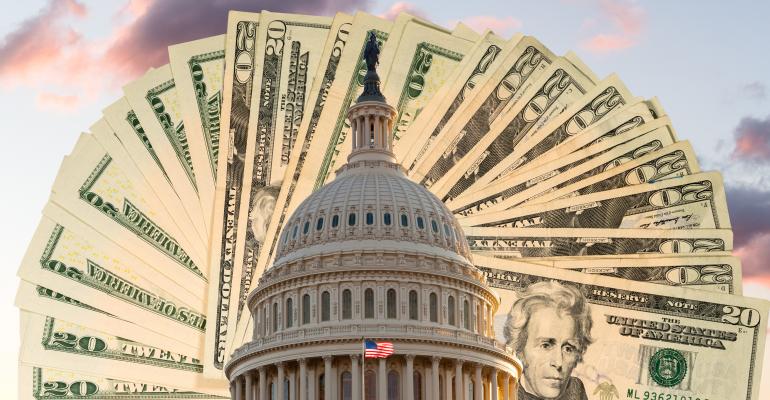 We look at which states are participating in the measure authorized by President Trump earlier this month.

On August 8, President Donald Trump signed a memorandum authorizing the use of FEMA funds to pay out $300 per week to eligible filers in "lost wages assistance."

The measure is meant to help partially cover the now-expired $600 per week federal payments unemployed workers had been receiving as part of the CARES Act that Congress passed and the president signed earlier in the year. Those benefits expired on July 31. And although the House passed the HEROES Act in May, extending the payments until January 31, 2021, the Senate has not voted on the bill or passed its own legislation. Talks between Democratic and Republican leaders from Congress and representatives from the White House on coming up with compromise legislation broke down weeks ago. And there has been little movement since then. Both houses of Congress are currently on recess until after Labor Day.

In the interim, a majority of states have now applied for the lost wage assistance program. It is unclear how long the funds that will be used for the program will last, however, as there is only $44 billion available to pay out. Experts expect the extended benefits to run out in a matter of weeks.

The uncertainty around extended unemployment benefits has some commercial real estate experts worried. Specifically, the benefits helped millions of apartment residents stay current on their rents. Observers are worried about what will happen when September rents come due next week.

Website UnemploymentPUA.com has been tracking and updating where each state stands on applying and dispersing the $300 per week benefits. The map below is based on the latest information published to the site.