/sites/all/themes/penton_subtheme_wealthmanagement/images/logos/footer.png
Recent
Recent
California Home Prices Shoot Past $800,000 for the First Time
May 17, 2021
Apartment Rents on the Rise in Most Markets
May 17, 2021
Hedge Fund Millennium to Try Three Office Days a Week This Fall
May 17, 2021
Why Settle for 'Good Enough' When Great is Possible?
May 17, 2021
Featured
Poll: 15 Classic Books on Investing and the Markets
Apr 03, 2020
Fifteen Must-Listen Business Podcasts for Advisors
Aug 14, 2020
25 U.S. Markets Adding the Most Multifamily Units This Year
Feb 03, 2021
The Top Colleges for Financial Planning
Oct 03, 2019
Coronavirus
brought to you by 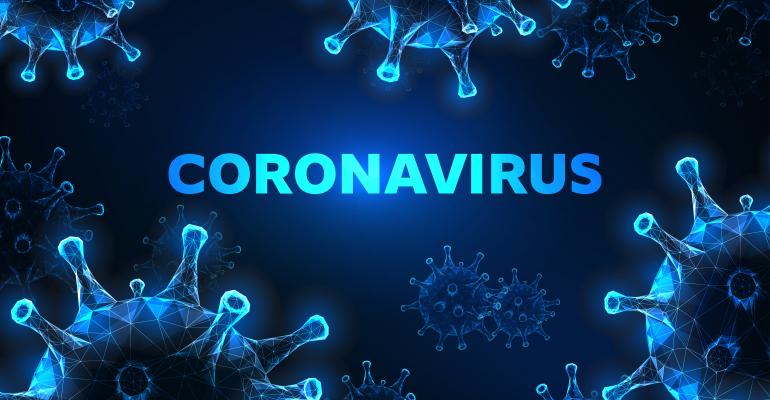 If activity in Asia is any guide, expect a short-term dip in volume with a cautious recovery as the rate of infection slows.

What a difference a week makes. Investors can now expect fewer deals and lower prices for apartment properties—at least in the immediate term—as the U.S. economy adjusts to the rapid spread of the coronavirus disease 2019 (COVID-19).

“Deal activity can stall with uncertainty and indecision… if investment managers, capital sources and service providers cannot get together to talk informally and determine where the ranges of opportunity can be found,” says Jim Costello, senior vice president for Real Capital Analytics.

It’s hard to imagine apartment investors will rush to buy apartment properties as cities and state across the U.S. introduce tough new measures to slow the spread of the disease. In Asian countries hit by COVID, the volume of deals closed fell sharply in January and February. However, in the longer term, experts are hopeful the apartment business will prove resilient—as it has in past downturns.

Apartment investing in the age of “social distancing”

It’s hard to imagine a lot of deals to buy apartments getting done this spring, even with low interest rates and the ability of many real estate professionals to work from home.

To slow the spread of the disease, people should practice “social distancing” and avoid gathering in groups of more than ten people, according to new guidance issued by the White House on March 16. Officials in a growing number of states have closed restaurants and bars. All this is in addition to previous recommendations to work from home if possible. Real estate conferences have largely been put on hold, at least in the short term, with many of the industry shows planned for March, April and May postponed or canceled altogether.

Many states and cities have ordered all non-essential offices to close for two weeks or longer. In the Bay Area there is a "shelter-in-place" in order in effect for seven counties. On Tuesday New York Mayor Bill DeBlasio told New Yorkers to prepare for a similar order. Those measures could delay the closings of real estate deals already underway, experts say.

The impact is already visible in data from the regions hurt first by the virus. “The crisis started earlier in Asia Pacific and activity is off sharply there,” says Costello. Investors spent just $10 billion to buy and sell commercial real estate properties in Asia Pacific region in the first eight weeks of 2020. That’s half the $20 billion they spent over the same period in 2019, according to RCA.

“One of the big issues there is that our clients reported that visits to discuss dispositions or refinancing fell off—not out of concerns about the market at first, but more out of fear of spreading or catching the virus,” says Costello.

Investors spent a total of $186.3 billion to buy apartment properties in 2019. That number was already beginning to fall in 2020—even before the coronavirus began to spread in the U.S. “Sales volume was down across property subtypes and market tiers,” according to RCA in its January 2020 apartment report. “Part of the issue is just the extraordinary pace of deal activity seen a year earlier.”

“Very early tabulations indicate that volume may be down for March and a bit for February,” says Andrew Rybczynski, managing consultant for CoStar Portfolio Strategy. “Real estate transactions tend to take some time to complete, so transaction volume will be slow to react.”

The prices investors are willing to pay are also likely to drop, pushing investment yields higher. “There is an expectation that coronavirus fallout will slow job growth and household formation,” says Rybczynski. “If that is the case, underwriters will project slower rent growth that will dictate higher cap rates… expectations are for upward movement in cap rates.”

The data on cap rates available today still reflects a world before the coronavirus spread much further than Asia. Cap rates for garden apartment assets were down 10 basis points from a year earlier in January at an average 5.6 percent, while those for mid/highrise assets were unchanged at 5.0 percent, according to RCA.

In the long-term, apartment prices are not expected to fall too steeply. “Our general expectation is that apartments hold up relatively well through this,” says Rybczynski. “The demand for apartments is pretty sticky, in comparison to retail or office which can give up space in large quantities if a slowdown becomes too much for their businesses to bear.”

The example of the Financial Crisis

Apartment investors can also take some comfort in the example of the last crisis.

“The Global Financial Crisis was different from what we are going through now, at least so far,” says Costello. “That pullback for apartment prices in the face of healthy vacancy was a function of changes in the financing channels. So far, there is no evidence of a shutdown of lending.”

If lenders continue to be able to lend, that will provide apartment lenders with another resource to help them through tough times.

“Multifamily, as an asset class, will remain resilient to the effects of the COVID-19 outbreak with its more stable, longer-term income profile and defensive investment characteristics,” according to a March 13 report JLL.

“Although there is uncertainty in the market today, real estate investors must keep their eyes on the horizon,” according to a COVID-19 themed March report by Marcus & Millichap.