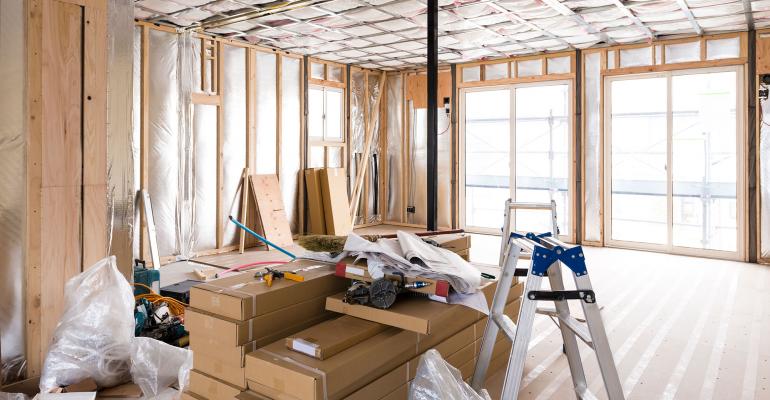 Experienced construction workers continue to be hard to find, adding months to the time it takes to compete new apartment projects.

“It now takes about eight months longer,” says Ryan Davis, director of research and client services for Witten Advisors, an apartment market advisory firm based in Dallas. “Early in the recovery, developers could deliver half the units in a project in about 14 months… It currently takes around 22 months.”

For years, apartment developers have fought to find enough workers. But there might be hope for less delays in the future. As multifamily developers finally begin to cut down on new units, the number of construction workers may begin to catch up to the number of jobs.

“There is reason to believe 2020 might see a decline in construction delays,” says Andrew Rybczynski, managing consultant with research firm the CoStar Group.

Total construction delays averaged about 11 months in the last quarter, according to Rybczynski.

Apartment buildings finished in the last quarter were about 5.5 months late in terms of construction starts, and then another 5.5 months late in completion, compared to initial estimates of how long it would take to open. So, a building that just opened in the third quarter of 2019 might have originally been scheduled to open about a year earlier.

“Early reads on delays in the fourth quarter of 2019 show that the delays are getting worse,” says Rybczynski. “However, the data pertaining to [the] number of construction workers per commercial square foot underway indicate that there could be a light at the end of the tunnel.”

The labor shortages can also vary widely across markets and depending on the type of construction involved, says Davis. For instance, the sub-contractor base in Denver is not as deep as that in many of the Texas and Southeast markets, he notes.

Construction delays are often also most intense for mid-rise and high-rise projects in busy downtown areas. “If you’re trying to build a high-rise in downtown Austin, you have to compete with office developers, which makes it much more competitive than building a garden-style project in the suburbs,” says Davis.

But delays are also impacting garden-style apartment projects. It now can take longer than 10 months for the first units in those types of projects to be turned in, says Marc Padgett, president of Summit Contracting Group, based in Jacksonville, Fla.

If apartment developers finally begin to cut down on new projects, however, that will ease the shortage of workers. “There does appear to be a real decrease in starts occurring, to the point where completions are outpacing starts over the last few months,” says Rybczynski. “As a result, the amount of units under construction is shrinking, so demand for those workers, while still very strong, appears to be slipping slightly.”

At the same time, the number of construction worker is creeping upwards “Construction employment is growing in most states (but more slowly than before),” says Ken Simonson, chief economist with the Associated General Contractors of America (AGCA).

This year, “may mark the year for which the job openings rate for construction levels off, albeit at elevated levels,” says Robert Dietz, chief economist for the National Association of Home Builders.

The ongoing labor shortage is worsened by hostile immigration policy, says Simonson. The number of new young workers entering the construction profession is not enough to replace the older worker as they retire, experts say.

With so few workers available, construction professionals have been able to demand higher pay, notes Rybczynski.

“In 2018, residential construction workers experienced wage growth of 5 to 6 percent (far above the 3 percent wage growth overall),” says Davis. “Those increases have since come down this year, but [are] reflective of the competition to hire crews.”