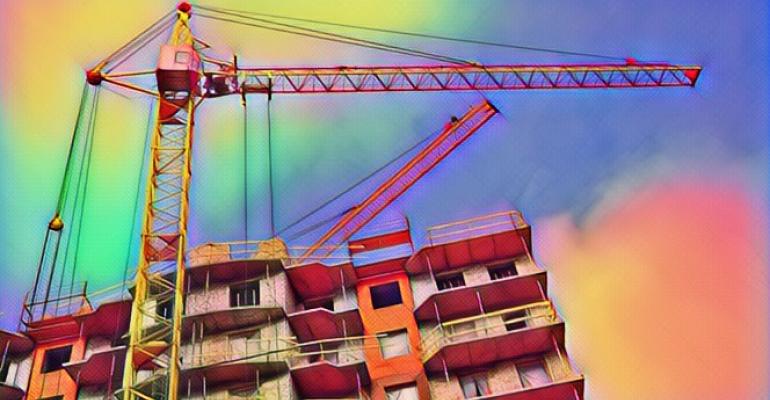 The strong job growth and low unemployment in recent months led to “essentially a shortage of labor within construction,” causing increases in both labor and materials costs, according to Andrew Rybczynski, senior consultant at CoStar Group. In June, the most recent month for which data is available, the U.S. construction industry added 21,000 jobs, according to the Bureau of Labor Statistics data. Through the first half of 2019, construction industry added a total of 108,000 jobs.

The difficulty in finding experienced contractors for new apartment projects has caused a slowdown in units completed, according to CoStar, meaning demand is keeping up with completions.

“Recently, class-A [rent growth] has made a roaring comeback. One of the big issues that we’ve seen in the apartment world recently is that completions have struggled to keep pace with starts,” says Rybczynski. “What this means for rent growth is that since there is less [class-A] buildings being completed, demand is actually keeping up with completions, and so [class-A] rent growth has actually come back to a large degree… [and] is keeping pace with class B again.”

In June, average rent on all types of apartments rose by 0.7 percent on a three-month basis, according to data from research firm Yardi Matrix. However, rents at “lifestyle” or luxury properties, rose faster than rents at “renter-by-necessity” buildings for the first time in several years, the firm reports.

According to CoStar data, annual rent growth at what it considers four- and five-star (class-A) apartment buildings averaged 3.1 percent as of the second quarter of 2019, up from 2.6 percent in 2018. In contrast, rent growth at three-star or class-B apartment properties slowed down to 2.5 percent from 3.6 percent last year. At one- and two-star properties, annual rent growth has averaged 2.5 percent as of the second quarter, down from 3.3 percent in 2018.

“Although investors are targeting favorable yields, rather than going down the product spectrum, they’re more so going down the metro spectrum,” says Rybczynski. “So, skipping out of tier I metros of Los Angeles, San Francisco and New York and going into tier IIs like Atlanta or Houston. So, although there has been a little bit of a shift towards class-B, more so it is towards the second-tier market.”

The continued strong job growth in sectors such as technology is also aiding a population influx to many secondary cities across the United States. For this reason, apartment properties in the Southeast region, such as Atlanta, Raleigh, N.C. and Charlotte, N.C. are attracting institutional capital, according to Susan Tjarksen, managing director at Cushman & Wakefield.