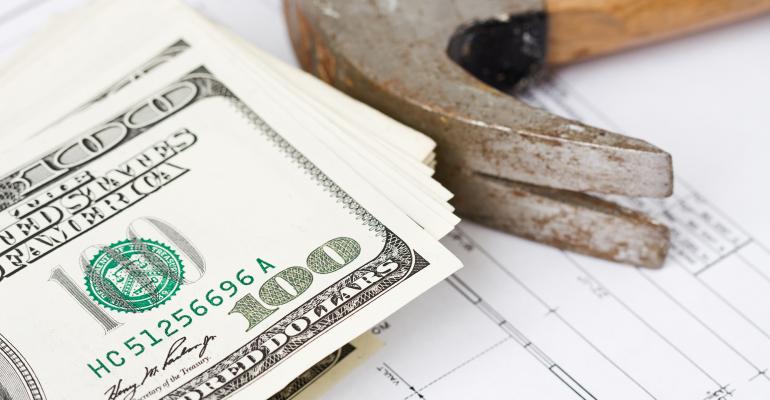 Construction Costs Are Taking a Toll on Real Estate Investors

The prices that contractors charge to build grew relatively slowly for most of 2021, but have spiked of late.

Developers have weathered the rising costs of construction materials and labor for a while, but now are feeling the pinch as contractors are increasingly passing on the higher costs.

The costs of construction materials, including lumber and steel, have been volatile, with some steep spikes along the way during the past two years. Rising prices spread like wildfire, as the pandemic shut down factories and snarled deliveries for a long list of items.

But many apartment investors were still able to find relatively low prices from contractors. These contractors increased the prices they asked for in their bids only slightly, even though their bills were much higher.

Those contractor bid prices are now rising quickly, according to government survey data.

“Now it’s the contractor’s turn to raise their prices,” says Simonson. “I’m sure contractors have not been absorbing these prices willingly… resistance to price increases from developers is now softening.”

The cost that contractors pay for construction materials to build apartments grew very quickly throughout the pandemic. It grew 13.2 percent over the 12 months that ended October 2021, according to producer price index (PPI) for inputs to multifamily construction kept by the federal Bureau of Labor Statistics (BLS).

Many apartment investors didn’t have to pay these high prices to build their projects, however. The contractors who build multifamily and commercial buildings largely kept their bid prices low to win business during the pandemic. So they absorbed the volatile cost of materials, says Simonson. The prices that contractors charge to build most kinds of real estate grew relatively slowly for most of 2021.

That’s one of the largest one-month increases in bid prices ever, or at least since the government started keeping track a dozen years ago, says Simonson.

Contractors may continue to raise their prices. The higher prices contractors charge now still do not reflect all the cost increases they absorbed since the start of the pandemic, says Simonson.

The prices for materials contractors need to build new apartments are now longer rising relentlessly, month after month. But these prices are still unpredictable.

“The prices for construction materials have leveled off,” says Simonson. “Things can’t go up forever. But expect volatility even if we don’t continue to see record prices.”

For example, the price of lumber is a key component for new low-rise and mid-rise apartment buildings.

"Some of the most dramatic increases over the past year involved lumber prices," says Paul Emrath, vice president for Survey and Housing Policy for the National Association of Home Builders, based in Washington, D.C.

The price spiked to more than $1,000 per 1,000 board feet during the pandemic, according to futures contracts. That more than twice the price before the pandemic, which never rose above $400. So far this year, the lumber prices have crashed back down to $400, and were back up above $700 in late November.

The prices for a long list of materials are also wildly unpredictable—from gypsum to plastic to metal products produced in factories. Some factories are still closed or partially closed because of the pandemic. Other materials or components are delayed because giant ports like Long Beach, Calif., are overwhelmed.

“There is not room on the terminals to stack more containers and there are not enough truck drivers to get the containers out,” says Simonson. “The number of ships waiting offshore to unload is still at record levels.”

All that will continue to make wide a wide range of materials more expensive and more difficult to find for a long time. “Don’t think that if you see a price come down that it is going to stay down,” says Simonson.

There were more job openings in the construction business in September than ever before, according to the Job Openings and Labor Turnover Survey from the BLS. Contractors are offering higher wages—and average wages rose 3.0 percent in September compared to the year before, according to the BLS. So far, the extra money hasn’t been enough to attract enough new workers to construction—wages are rising for other types of labor, making them more attractive. “Construction work is outside and it is early hours,” says Simonson.

All these factors will continue to add to the cost of development—and potentially add delays to projects.

“If it was just one bottleneck, it would be plausible to say the end of these prices hikes is near … but there are no guarantees,” says Simonson.