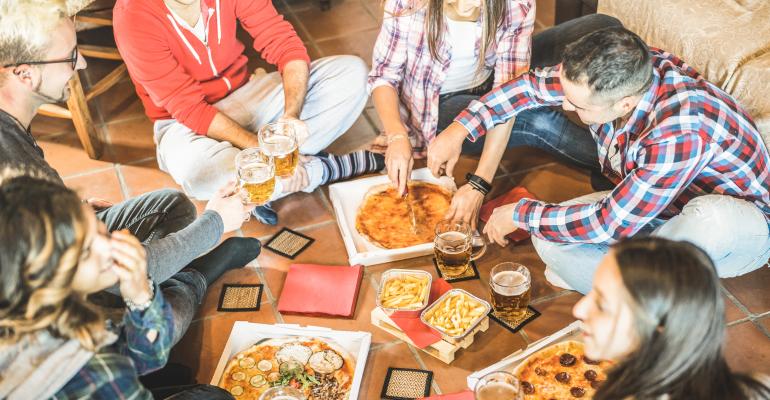 Co-Living Trend Gets Interest and Money from Investors

Investors are showing a growing appetite for co-living start-ups, though multifamily sector experts doubt the co-living trend will disrupt the housing sector.

Hundreds of millions of dollars have been invested in co-living start-ups in the last 18 months, according to Jeffrey Pang, CEO of Homeshare, a co-living marketplace. In major U.S. cities, where housing costs are high, such as San Francisco, millennials would have to spend 77 percent of their income on rent to afford the average one-bedroom, according to MarketWatch. And those rising housing costs are not changing soon, at least in major U.S. cities.

Since early 2010, apartment rent growth has far outgrown income growth, according to data from RealPageInc., a provider of property management software and services. In 2017, apartment completions in the 150 largest U.S. cities jumped to 395,775 units. Upscale buildings accounted for 75 to 80 percent of that new supply, according to RealPage. In that same span, nearly 30,000 new apartments were built in the New York area. Roughly 85 percent of them were luxury units.

For this reason, co-living developers in New York and Washington, D.C. are reporting strong demand from renters, as these co-living arrangements can cut rent costs in half, an especially appealing proposition for millennials looking to afford a place in pricier neighborhoods.

Common, a property management company based in New York City, reports a 98 percent occupancy rate across its co-living rooms in New York, Chicago, Los Angeles, San Francisco, Seattle and Washington D.C. Ollie, another co-living provider based in New York City, reports that its co-living properties in Pittsburgh and Manhattan are fully leased, while the occupancy rate at its newest location at Alta+ by Ollie in Long Island City is close to 75 percent. Homeshare is present in San Francisco, Silicon Valley, New York, Seattle and Los Angeles. Homeshare claims to be the first U.S. co-living company to have moved in more than 2,000 residents nationwide.

For millennials looking to live in areas with high housing costs, co-living can often be an appealing option. Common offers a shared suite in Chicago for $975 a month, or a studio in Brooklyn for around $2,150. The median rents in those cities are $1,893 and $2,695 per month, respectively, according to RentCafe. Alta+ by Ollie offers a private bedroom with a shared bathroom in Queens starting at $1,300 a month. The median rent price in Queens is $2,178.

Rent at co-living properties also usually includes services such as weekly cleanings, high-speed WiFi and regular replenishment of supplies such as paper towels and toilet paper.

Co-living is a growing trend in major U.S. cities where tenants in a single apartment share a common area such as the kitchen and other living spaces. Co-living start-ups specialize in matching tenants with similar interests and lifestyle. In other words, co-living is a type of intentional community, specifically geared towards those looking to be social in a new city.

Most experts feel the typical tenants at co-living properties are younger professionals, namely younger millennials looking for their first apartments. The typical tenants in co-living communities are in their late 20s, though co-living can also appeal to older generations, specifically empty nesters wishing to live amongst others, according Pang. Still, potential tenants should realize the lower rent cost will come at the expense of space, as most units are compact.

“What we’re seeing is people who are new to a city in a transitional situation, who don’t know anyone and want to be social,” says Colleen Pentland Lally, director in the capital markets group of real estate services firm CBRE. “I certainly wouldn’t imagine families.”

Investment appetite for co-living is high

Demand for co-living units is greatest in dense urban areas such as New York, Washington D.C., San Francisco, Los Angeles, Seattle, and other cities with high housing costs. And though the co-living trend is not expected to spread across the country into smaller markets, investor demand for co-living properties remains very high in these areas.

“I think demand is very high because co-living is a service that enables millennials to access the city. They are able to live and share an apartment rather than have to live and pay for an entire apartment on their own,” says Pang. “So, from an investor or developer standpoint, what that means is they can get more demand and see higher rates of return on their properties.”

Medici Living Group, a proptech company, raised $300 million in January 2019 as part of a joint venture with investment firm W5 Group, a single family office with investment teams in both Europe and the U.S., to develop 1,500 units across the U.S. under its co-living brand, Quarters, according to The Real Deal.

Ollie has raised $15 million in financing from Aviva Investors Real Estate Capital Global Co-Investment Fund, according to TechCrunch. Homeshare has raised $5.7 million led by Lightspeed Venture Partners in 2018, according to Axios.