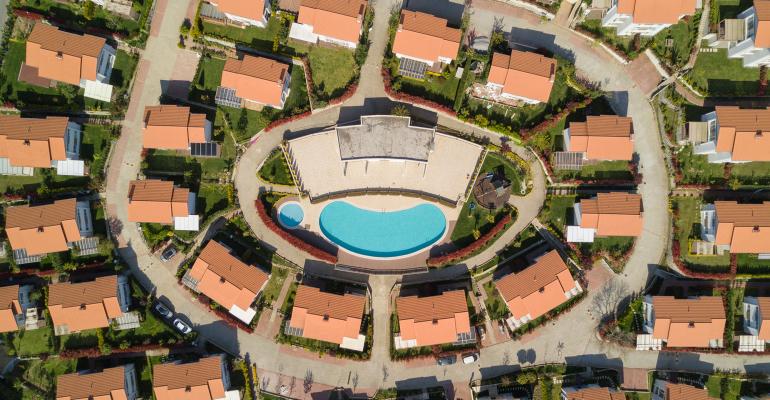 New construction of multifamily properties, which include rental apartments and are therefore less sensitive to rate-induced shifts in demand, jumped 28 percent in August to the highest level since 1986.

New construction of multifamily properties -- which include rental apartments and are therefore less sensitive to rate-induced shifts in demand -- jumped 28% in August to the highest level since 1986, a government report showed Tuesday.

Meantime, starts of single-family homes edged up slightly in August from a more than two-year low. Groundbreakings are down almost 30% from late 2020 when sub-3% mortgage rates -- combined with the spread of remote work in the depths of the pandemic -- turbocharged demand for spacious properties and outdoor space.

Borrowing costs have more than doubled since then as the Federal Reserve pursues an aggressive path of interest-rate hikes to tame persistently high inflation, which is expected to continue with another 75 basis-point increase on Wednesday. The average rate on a 30-year fixed mortgage surpassed 6% last week for the first time since 2008.

Higher rates, on top of elevated prices, are weighing on home sales and builder sentiment. Though the multifamily segment tends to be volatile, an increase in the supply of apartments could bode well for renters, who have been particularly hard hit by inflation throughout the country.

While multifamily projects drove an overall advance in housing starts last month, the segment was also responsible for a plunge in applications to build, which are a proxy for future construction. Multifamily permits dropped nearly 18% in August, taking total permits down to the lowest since June 2020.

“Some moderation in multifamily construction is likely ahead as rising rents and broad inflation pressures lead to a moderation in apartment demand compared to last year’s record pace,” they said.