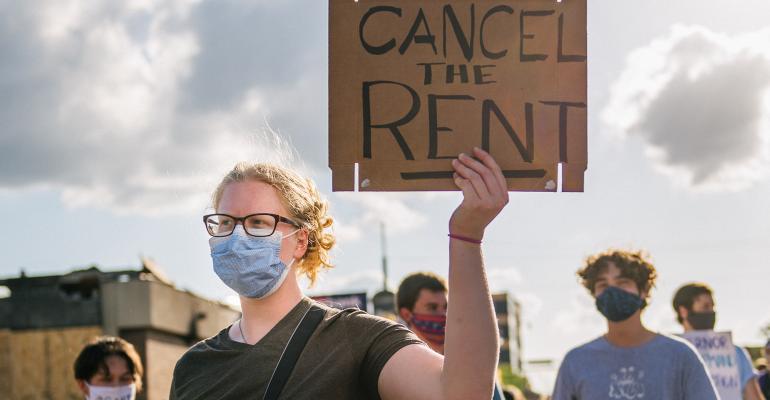 The moratorium will apply to counties with high rates of coronavirus infections and last until Oct. 3.

(Bloomberg)—President Joe Biden plans to announce a new eviction moratorium on Tuesday afternoon, after criticism from top Democrats and housing advocates who faulted the administration for letting the previous protections lapse.

The moratorium will apply to counties with high rates of coronavirus infections, according to two people familiar with the matter. The move shows the extent to which the spread of the delta variant of coronavirus has upended the administration’s agenda.

The new moratorium will last until Oct. 3 and cover about 80% of U.S. counties and 90% of renters, one of the people said.

Additional details of the plan weren’t immediately clear. Spokespeople for the White House and the Centers for Disease Control and Prevention didn’t immediately comment. The people familiar with the matter asked not to be identified ahead of the announcement.

The Biden White House faced days of harsh criticism from its own party for the lapse in the eviction moratorium on July 31. Advocates said millions of Americans potentially could be forced from their homes as Covid-19 cases surged.

The White House spent days trying to explain the legal reasoning behind an initial CDC decision that it couldn’t issue another extension and sent top officials to Capitol Hill, including Vice President Kamala Harris and Treasury Secretary Janet Yellen, to answer lawmakers’ questions.

On Tuesday, Yellen faced considerable anger from House Democrats, who demanded the administration take immediate action to extend the ban on evictions, according to multiple people who participated in the call.

Yellen stressed that the administration was focused on getting states and localities to more quickly distribute some $47 billion in rental assistance Congress has already approved.