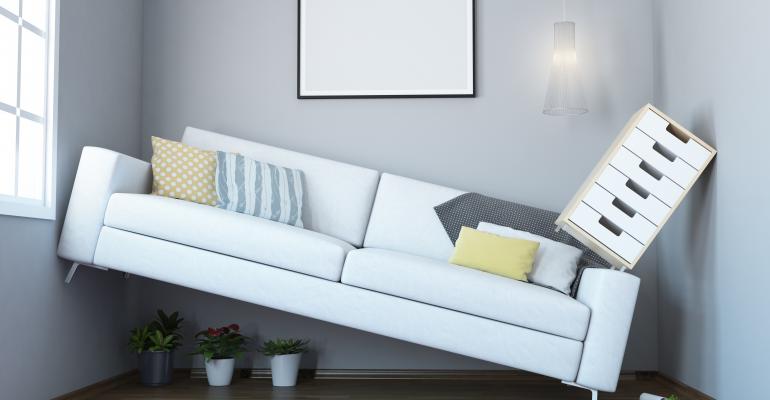 Developers are focusing on delivering studios and one-bedrooms in dense urban markets.

The new apartments now opening tend to have fewer bedrooms spread over fewer square feet of space than just a decade ago.

“They are getting smaller,” says Caitlin Walter, vice president of research for the National Multifamily Housing Council (NMHC). “Part of that is where apartments are getting built.”

As developers build more new apartment buildings in busy urban areas, they are focusing more on studios and one-bedrooms apartments for single people and childless couples. These smaller apartments are most prevalent in urban regions in California and the Northeast, according to experts.

“The changing unit mix preference is driving relatively smaller units being built today than what the market was seeing 10 years ago,” says Carl Whitaker, market analytics manager at RealPage, Inc., a provider of property management services and software.

In buildings developed since 2010, apartments average roughly 940 sq. ft. in size, according to RealPage. That’s down from an average size of roughly 1,000 sq. ft. in buildings created before 2010.

“Prior to 2010, properties were more likely to feature a more prominent mix of two- and three-bedroom floorplans as opposed to studios and one-bedrooms,” says Whitaker. “Now, you’re seeing more studios and ones in the mix than twos and threes.”

The share of three-bedroom apartments first began to rise in the late 1980s, as apartments with two or fewer bedrooms accounted for a smaller proportion of new units, according to NMHC.

“The mix has shifted a lot,” says Walter. “Now, there are a lot of new projects with no three-bedroom units.”

Since 2006, developers have built more a studio and one-bedroom apartments. In 2018, these smaller apartments made up half (50 percent) of all apartment completions. “There is now a huge demand from single-person households,” says Walter. “In a city environment or an urban area, you are more likely to see a single person renting an apartment.”

The size of an average apartment has shrunk the most in California, where new apartments that opened in 2018 averaged 858 sq. ft. in size, according to data firm Yardi Matrix. That’s down 12 percent from an average of 974 sq. ft. 10 years before. The average size of a new apartment in the Northeast and the Pacific Northwest also shrank by 10 percent over the same period.

“One of the key trends driving that changing unit mix over the past decade is more construction in the urban core,” says Whitaker. Tighter land plots result in the need to build up rather than out, so you see fewer low-rise properties and more high-rises. “For those deals to pencil out, developers need to build more studios and one-bedrooms than two- and three-bedrooms.”