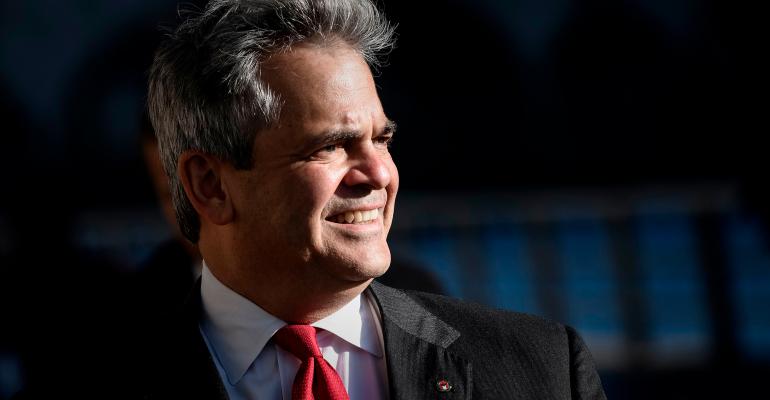 (Bloomberg)—Austin Mayor Steve Adler wants the Texas city to borrow as much as half-a-billion dollars to help create more affordable housing as soaring real-estate prices threaten to push out the middle class.

“That’s our existential challenge right now,” Adler said in an interview outside his downtown condo Monday. “Austin is building more homes per capita than any other city in the country, and it’s still not enough.”

Adler, 65 years old and in his eighth and final year as mayor, plans to push for a bond sale of $300 million to $500 million to provide relief from median home prices that jumped almost 20% over the past year to $568,000. He doesn’t want to curb the city’s rapid growth -- it posted the fastest population increase among large U.S. cities during the decade through 2020 -- but says cheaper housing is needed for the creative types who inspired the unofficial motto of “Keep Austin Weird.”

“The only way to stop the growth is to make this an undesirable place to live, and I don’t want to be the mayor that does that,” Adler said.

The mayor’s goal is to seek voter approval for the bond during the November election, though he cautioned that it’s “very early” in the planning stage. He said there hasn’t been any review of what the city’s bonding capacity may be without additional taxes.

Austin has lured companies including Tesla Inc., Oracle Corp. and a host of smaller startups to set up headquarters, while tech giants including Meta Platforms Inc. and Alphabet Inc. also have a large presence. Transplants enjoy zero income taxes, mild winter weather, a relaxed regulatory environment and still relatively low living costs versus coastal cities. Graduates from the flagship campus of the University of Texas provide a pipeline of talent. All that has helped boost the city’s population to almost 962,000, up 22% over the past decade.

The influx of high-tech companies has brought with it a slew of well-compensated employees. Adler says the city now needs to prioritize creating conditions that will foster more jobs that don’t require four-year college degrees, but pay a livable wage.

Adler said he was hopeful such jobs would come from Tesla’s Gigafactory plant as well as Samsung Electronics Co.’s recently announced $17 billion chip factory to be built in Taylor, a town about 45 minutes away from Austin.

Adler says that some of the socially conservative laws that Republicans have pushed through the state legislature may make it harder to lure businesses to the area, especially those that are competing to hire highly educated professionals. Companies including Microsoft Corp. and American Airlines Group Inc. have voiced opposition to efforts to limit voting rights, and others have criticized laws that some view as discriminating against transgender people. Last year, the state enacted one of the nation’s most restrictive abortion laws, prompting another round of criticism.

“There have been businesses that have offered to let employees live other places and to pay for that,” Adler said. “I’ve heard some national companies question what have been decisions to move to Austin.”

That said, it’s hard to find many specific examples of major employers deciding not to come to Texas because of the politics. And for many individuals, the calculus for a move is more nuanced than simply whether a state is dominated by Republicans or Democrats.

For now, Austin can compete against other major cities for talent by “just doing a really good job of being Austin,” Adler said. “People self-select to live here that like being in a highly creative, entrepreneurial, innovative, risk-taking place.”