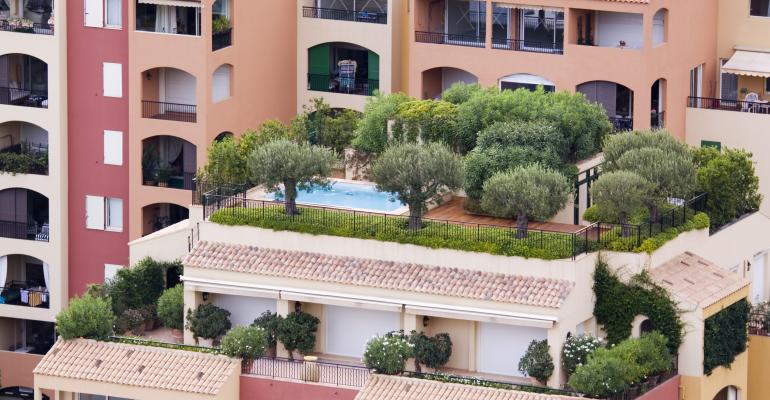 Apartment Sector Likely to Experience Continued Rent Growth, Albeit at a Slower Pace

Apartment rents are rising, but far below previous years’ levels.

Apartment rents are likely to keep rising, even if the economy continues to slow over the next year, according to industry experts.

“The occupancy outlook probably will allow rents to continue to grow, although at a pace a little under the increases recorded of late,” says Greg Willett, chief economist with RealPage Inc., a provider of property management software and services.

Developers continue to plan to open hundreds of thousands of new apartment units every year for the next few years. Overall, however, occupancy levels remain relatively high. An economic slowdown would cut into those occupancy rates, but not enough to dramatically impact rents. The exception would be new, luxury apartment projects, which might struggle to lease-up. The markets where new luxury development is concentrated may also struggle.

“This slowdown will require that market analysts carefully evaluate the supply pipeline for specific submarkets for the remainder of the year through early 2021, to check for points of vulnerability,” says Victor Calanog, chief economist and senior vice president with research firm Reis Inc., part of Real Estate Solutions by Moody’s Analytics.

Annual growth in effective rents for new resident leases has hovered at the 3.0 percent mark throughout 2019, according to RealPage.

“After the leasing pace got off to a slow start early in the year, apartment demand soared during prime leasing season, yielding annual product absorption well above completions,” says Willett.

The average occupancy rate in the third quarter of 2019 peaked at 96 percent, and has dipped only slightly in October, Willett notes. “Since there’s so much seasonality in leasing momentum, apartment occupancy is cooling a bit,” he says. “Still, occupancy has barely slipped below that 96 percent figure, and the rate is still up some 40 to 50 basis points from the year-ago level.”

Meanwhile, multifamily developers are still planning many new projects, despite worries about a potential slowdown in the economy. About 550,000 new apartment units are slated for completion in the next 18 to 24 months, according to RealPage data. “Deliveries of new apartments should accelerate again in the immediate future,” says Willett. But while that’s a big block of new supply, the volume is well under the 330,000 units that opened in course of 2017, according to RealPage.

Meanwhile, Reis researchers expect new construction figures for 2019 to exceed 2018’s inventory growth, notes Calanog. “If this comes to pass, 2019 will represent the highest figure for new completions on record in at least two decades.”

In the broadest terms, there are more than enough people that need a place to live to fill these apartments. The total number of housing units, including both apartments and single-family houses, was far below the number of new households formed between 2008 and 2016, according to an analysis by data firm Yardi Matrix. That has added up to a steep housing shortage. “Total housing production is unlikely to catch up to household formation,” according to the firm’s researchers.

However, because nearly all of the new units under construction are both very expensive and largely concentrated in more expensive markets, these new projects might be more vulnerable if the economy cools.

“Real estate analysts are correct to worry… pointing out how some metros and submarkets are hit harder than others,” says Calanog. “This is the nature of the lumpy geographic dispersion of inventory growth.”