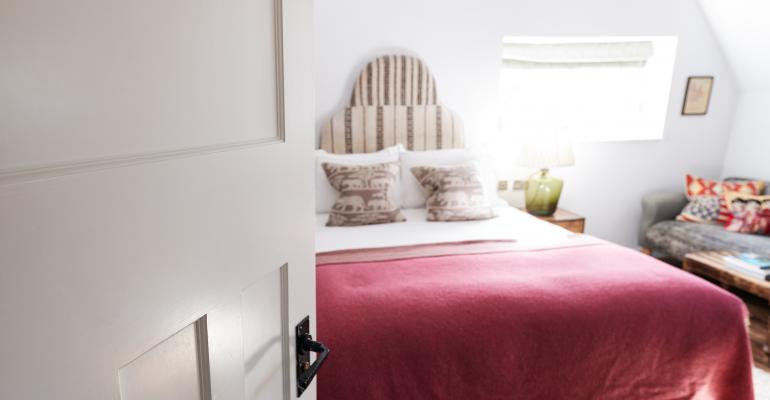 Airbnb’s $30 Billion Listing Must Do More for Cities: Alex Webb

The rise of the sharing economy means the prices of vacation rentals and apartment rents are linked more than ever.

(Bloomberg Opinion)—Which would you prefer: cheaper rent or a cheaper holiday rental?

I’d wager heavily that most people would answer “rent.” It’s a bigger slice of personal spending. Short-term accommodation accounted for just 1% of U.S. household budgets in 2016, compared to the 16% spent on housing, according to analysis from the Economic Policy Institute, a think tank based in Washington, D.C.

The rise of the sharing economy means the prices of both are linked more than ever. Airbnb Inc., which revolutionized travel by making it (slightly) cheaper and easier to find a decent place to stay in popular tourist destinations around the world, has also faced criticism for driving up rents and hollowing out neighborhoods while municipal authorities struggle to catch up.

Now, as the San Francisco-based company gears up to list its shares publicly this year, it’s at least ostensibly trying to make peace with some of its critics. Airbnb on Friday outlined a series of measures aimed at ensuring it works to “serve all stakeholders.” It outlined six groups — guests, hosts, communities, shareholders and employees — then some of the metrics it will use to ensure it’s serving all of them effectively. For instance, it will lean on generally accepted accounting principles for revenue, Ebitda, and free cash flow, a welcome change from some of its tech peers. (WeWork’s “community-adjusted Ebitda,” anyone?) And it plans to spend an average of $10 million per year over the next decade on local initiatives intended to “promote cultural heritage, economic vitality, and sustainable communities, and demonstrate clear local impact.”

So far, so commendable. But the approach appears lacking when it comes to Airbnb’s assessment of what it calls communities. The firm says it wants to “strengthen the communities we serve” and “set a new standard for sustainable travel.” Then it provides a metric which only addresses the latter: it will measure the carbon footprint of both its operations, and the travel facilitated by the Airbnb platform.

As far as the community impact of Airbnb goes, measuring the carbon footprint barely scratches the surface. Yes, it’s important — an upswing in global travel has had huge ramifications for climate change. But cities from Barcelona to Boston are also struggling to deal with the impact that Airbnb has had on their historic districts and trendy neighborhoods. In Barcelona’s Gothic quarter almost 17% of all properties were listed on Airbnb at one point in 2015. In some central London districts, about one in five properties have been listed on Airbnb, according to a 2019 study by University College London academics.

“It’s a strange form of gentrification, where gentrified tourists are taking over from residents,” said Philipp Rode, executive director of the London School of Economics’ cities center.

The difficulty for many cities lies in the lack of data. How much housing inventory is being used for holiday rentals rather than households of people living and working there? And what’s the trade off between potentially higher rental fees, and the amount of additional tourist spending then can hope to reap? While third parties such as the website Inside Airbnb compile data to form estimates for some places, municipalities often don’t know for sure how many Airbnb listings are in their neighborhood. Significantly, they also don’t know what proportion of listings are a whole house rather than simply a room. In other words, how many are residents simply letting a spare room, rather than landlords listing entire properties, thereby displacing long-term tenants?

The metrics Airbnb unveiled on Friday were not exhaustive, meaning the company still has time to add further measures. Better transparency on its impact should be one of them.

Such data would make it easier for cities to determine the real impact that Airbnb has on their communities. For example, a 2017 study published in the Journal of Housing Economics found that every additional 12 Airbnb listings in a census tract (usually equivalent to about 4,000 inhabitants) was associated with a rent increase of 0.4% in Boston.

Perhaps the trade-off for increased visitor footfall, and therefore spending, is one that municipalities are willing to accept. If Airbnb is confident that its community contribution is positive, it should have no problem sharing such information. Any argument that such intelligence is competitive is misleading. After all, hotels already have to do so in order to follow local tax and zoning rules. Either way,  if Chief Executive Officer Brian Chesky wants to show he really cares about the impact his firm has on neighborhoods, he should give them the tools to assess it.

To contact the author of this story: Alex Webb at [email protected].

To contact the editor responsible for this story: Melissa Pozsgay at [email protected]