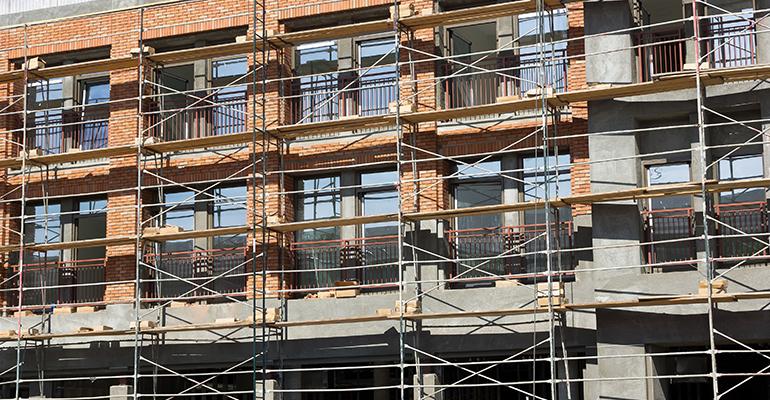 The federal LIHTC program is providing less funding in 2017 than it did in prior years.

“We believe affordable housing production, that is, the development or preservation of projects financed with Low Income Housing Tax Credits (LIHTCs), will be at best flat to last year,” says Richard Gerwitz, co-head of Citi Community Capital, a community lending and investment arm of Citi.

The most important government program that helps fund new affordable housing—the federal LIHTC program—is providing less funding in 2017 than it did in prior years. At the same time, developers of all types have to pay more to compete for workers, construction materials and development sites. All that adds up to the likelihood that fewer units of affordable housing will start construction this year compared to 2016, even though the need for affordable housing may have never been greater, according to numerous studies and reports.

It now seems likely that the LIHTC would survive potential tax reform—prominent Congress members from both parties have co-sponsored proposals to expand the program.

“We strongly support the Affordable Housing Credit Improvement Act of 2017 (S. 548), which over time would increase the allocation of 9 percent LIHTC by 50 percent, which would provide critically needed capital for the development and preservation of affordable housing,” says Andrea R. Ponsor, executive vice president for policy for Stewards of Affordable Housing for the Future (SAHF), a non-profit collaborative of 13 multi-state affordable housing developers.

However, if Congress succeeds in passing tax reform, the new law is likely to reduce the corporate tax rate from 35 percent to 15 percent. That could be positive for the economy, but would reduce the need for corporations to invest in tax benefits like the LIHTC.

“A potential reduction in corporate tax rates, and other tax code changes being discussed in Washington, has caused a drop in tax credit pricing, leaving many planned projects short of the funds needed to allow them to proceed,” says Gerwitz.

Immediately after the election in 2016, the market for LIHTC froze as investors struggled to predict what the corporate tax rate is likely to be after potential reform. “In light of inaction by Washington, most investors have settled on a 25 percent, no adjusters tax rate,” says Lori Little, director of capital markets and investor relations with the National Affordable Housing Trust, an affiliate of SAHF that provides LIHTC equity.

Many investors that had paid close to a dollar per dollar rate in LIHTCs lowered their pricing to the mid-80 cent range. For a hypothetical development project selling $10 million in LIHTCs, that could mean a loss of more than $1 million.

If Congress settles on a corporate tax credit rate, the LIHTC prices will likely change again. “This will cause another pause if serious discussion and decisions occur,” says Little.

Meanwhile, the cost of construction is getting more expensive. “Land, labor and material costs continue to rise in most markets,” says Gerwitz. “These problems will undoubtedly become more acute in Texas and Florida, with the potential for a ripple effect in other parts of the country, given the need to rebuild from the recent hurricanes.”

Housing officials have responded by putting limits on how much subsidy they are willing to contribute to affordable housing, forcing developers to find ways to build without additional costs to their construction budgets.

“I am hearing that costs are increasing while state agencies are imposing cost per unit caps,” says Little. “Developers are talking about how they can cut costs and some of the nice market-rate like accessories…. We have had several projects that addressed cost increases by reducing units.”

Developers are also working with their local officials to make their plans to build affordable housing work.

“Housing demand is acute—it’s a bright, flashing red. More local governments and states are recognizing that,” says Cynthia Parker, president and CEO of BRIDGE Housing, a developer and manager of affordable housing. Local officials can help by smoothing out the process of entitlements, providing funding and in some cases, providing development sites.