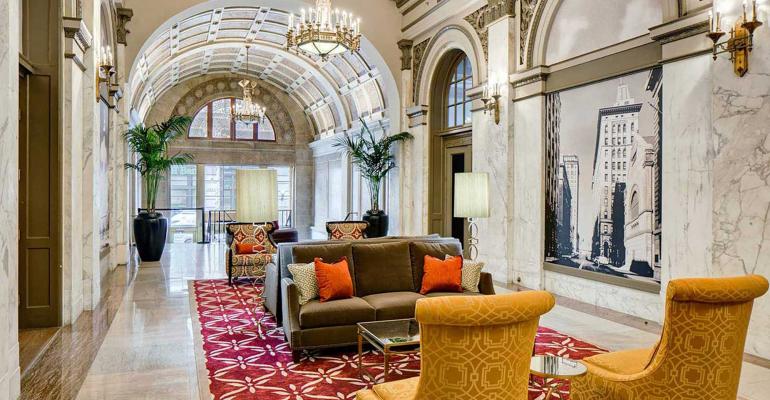 Start Slideshow ›
A report from RentCafé looks at which types of properties developers have most often repurposed as apartments.

Around 2,000 old buildings in the U.S. have been converted into apartments over the past 70 years, with 778 of those conversions taking place in the last decade, according to a new report from RENTCafé. That figure represents an all-time high for multifamily conversions. In the 2010s, offices became the most common building type to be turned into apartment rentals, with factory conversions dominating the 2000s while hotel to multifamily adaptive reuse projects were the most popular from the 1950s through the 1990s. The highest number of multifamily conversions occurred in 2017, when builders redeveloped 119 buildings originally designed for other uses into apartments. In total, there are now more than 240,000 apartment rentals in large converted buildings in the U.S., according to the report.

Approximately 65 percent of these converted buildings serve middle- and lower-income renters. Specifically, 23 percent have units priced for lower-income residents, while 42 percent serve middle-income Americans, according to RENTCafé. Hotel conversions made up the largest share of affordable apartments at 86 percent, followed by former school buildings. Around 79 percent of repurposed healthcare buildings also ended up as affordable rentals.

Chicago is the top market for multifamily adaptive ruse projects, with about 91 buildings and 14,167 apartment units. Philadelphia is in second place, with 85 converted buildings and 11,266 units. Third is Los Angeles, with 74 buildings and 10,569 units.

Here are the top 10 apartment conversion types in the U.S., according to the RENTCafé report.