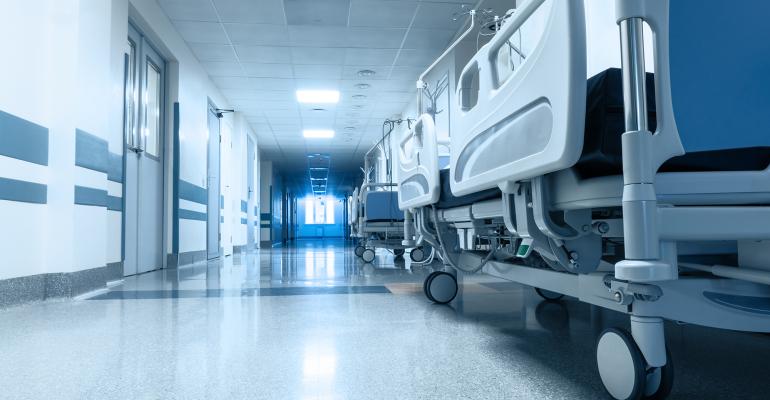 Demand remains high and the tenant base is stable, leading to healthy interest from real estate investors.

The medical office sector couldn’t be in better shape despite fears of the impact from telemedicine and given the demand for health care, the industry should be robust over the next 12 months, according to analysts.

A segment known for its stability and resistance to recessions set record highs for asking rents in 2021 as vacancies decreased–a trend expected through the next year and beyond. Development of new medical office buildings continues after a slowdown at the start of the COVID-19 pandemic, and for quality properties on the market, investors are gobbling them up quicker than ever. That’s coming off record highs in sales volume and pricing in 2021.

None of that demand is a surprise given an aging population along with migrations and relocations that have picked up since the start of the pandemic in 2020.

Maddie Holmes, a New York-based senior research health care analyst for JLL, said medical office absorption hit a record in 2021 at 18.5 million sq. ft. on a trailing fourth-quarter basis–nearly two times the typical rate going back to 2019 and previous years. That demand continues to be strong in 2022 despite telemedicine becoming a bigger part of the health care landscape.

“Health care is a contact sport in that you have to see your physician,” said Bryan Lewitt, a managing director for healthcare in JLL’s Southern California office. “Telemedicine and Facetime and other avenues of technology aren’t enough because they’re not diagnostic. When the hospitals closed because of COVID, most people delayed their health care visits, procedures. That has created a huge demand for these next two years.”

Travis Ives, an executive director with Cushman & Wakefield’s who heads its U.S. Healthcare capital markets team, said telehealth has even helped the medical office segment because it connects patients with physicians. That makes it more likely that a serious problem will be diagnosed and require treatment, he said.

“That treatment is going to occur in a medical office building rather than in an emergency situation like in a hospital,” Ives said. “There’s just so much health care that can’t be delivered over the phone. It’s become another component to the delivery care continuum, but not something that’s going to replace medical offices.”

The state of medical office occupancies

Shawn Janus, national director of Healthcare Services for Colliers, reported five of the 10 leading U.S. markets started 2022 with vacancy rates lower than the national average of 8.3. percent. Boston had the lowest vacancy rate at 6.3 percent, followed by New York, 6.8 percent. Miami, Philadelphia, and Chicago were below the national average while Los Angeles was just above it. On the other side, Dallas and Houston had the highest vacancy rates among leading markets at 10.9 percent and 12.5 percent, respectively. Atlanta and Washington, D.C. exceeded 9 percent, Janus said.

“I think you’re seeing vacancy in older medical buildings that are now picking up office tenants, while class-A and class-B (medical offices) have lower vacancy. And if they are strictly medical they do much better,” said Susan Wilson, a healthcare real estate advisor for Lee & Associates and vice president of Lee Healthcare.

Medical office rents historically grow at a steady rate of 2 percent to 3 percent year–over-year, but that pattern is being challenged by current conditions.

“There’s very little supply coming online, and we have already fallen below 10 percent vacancy, which is not a healthy market for tenants,” Lewitt said. “The landlords are going to have a lot of leverage, plus you have increased construction costs that will make it difficult for providers to relocate. I suspect that rents are going to continue to go up because 80 percent of tenants renew their lease in health care. It’s a very sticky business.”

During the BOMA International's Medical Office Buildings + Healthcare Real Estate Conference held in May in Nashville, Ives said this was the first time that every meeting they took with medical office building owners focused on rental growth.

“They are starting to push their annual escalations and wondering how far they can push their rents,” Ives said. “Most of them have portfolios that are getting up to 90 percent to 95 percent occupied and are starting to think ‘we may as well be asking for it at this point.’ I think rent growth will run hot here for a little bit. As long as vacancy remains tight and inflation is relatively high, I think you will see rent growth running higher than it has historically. Where it used to be the norm to ask for 2.5 percent to 3 percent annual increases on a new lease, in a lot of markets now it’s 3.5 percent to 4 percent-plus. That might not be a big deal in other products but for medical offices those are big escalations.”

“I have heard 4 percent fixed-rate increases, which I have never seen in 20-plus years in this space,” Janus said. “There has been talk about going to CPI and doing it in a risk-sharing manner.”

While leases of 10 to 15 years give owners a security of income, they are looking at shorter term leases so they can bring it back up to the market given the volatility and inflation, Janus said.

“Providers are asking if we want shorter-term leases because inflation is high right now and when it comes back down, do we want to be caught in a 10-year lease that continues to escalate,” Janus said. “And if we can reset, the market may come back down.”

With this environment, Janus said some tenants are looking at whether they should now own their buildings rather than lease them.

There are limits, however, to how much medical office rents can grow, according to Chris Jacobson, a healthcare real estate advisor for Lee & Associates and vice president of Lee Healthcare.

“It’s never going to go through the roof,” Jacobson said. “They can only afford what they can afford with reimbursement from insurance. They can only see so many patients and do so many procedures a day. It’s not like they can sell more coffee.”

“If you’re an existing tenant that used to be in the low $20s and your alternative is to relocate to a new building that’s going to be $30, you’re going to think hard about staying,” Asher said. “The landlords recognize that and are able to push rates at their buildings to mid-$20s on a triple-net basis.”

For those who want to relocate, a tenant improvement package to upgrade and do a full build-out for new space is about $100 a sq. ft. and $150 if it's specialized, Asher said. The tenants can stay where they’re at, and the landlord will increase rents and give $10 a sq. ft. in tenant improvements for paint, carpet and millwork.

“If you’re an existing owner, you’re probably at 85 percent to 90 percent retention,” Asher said. “The question is if you have a vacancy in your building, how do you fill it if no one is moving. What we are seeing is there's still a lot of consolidation and expansion among physician groups. The No. 1 reason I hear from our leasing folks as to why someone would relocate is they’ve grown out of their space and the building can’t accommodate them. It creates a vacancy in the building, but there are other tenants expanding as well that can backfill that space.”

The medical office sector is building off a record year in 2021 for sales that resulted in $15.4 billion in transaction volume, according to Todd Perman, vice chairman of global healthcare services for Newmark. Perman said he doesn’t expect hospitals to use general offices as much going forward when employees can work from home.. That was a 23 percent increase over 2020 and 142 percent increase over 10 years. The price at $358 per sq. ft. reached its highest value in 20 years. Cap rates have compressed to the lowest average in more than 20 years at 5.9 percent, he said.

“In recessionary periods, there’s always been a flight to quality and health care is one of those areas people fly to,” Perman said. “They flock to invest in health care when other areas like retail and other sectors are not performing as well, and there’s more risk in those sectors. We have seen through the pandemic that we have new investors in this space and billions of dollars invested on top of what was already here because of that flight to quality.”

Private equity interests led the way accounting for 63 percent of sales volume, according to Revista. PE investors also made up 75 percent of the sellers.

“There is a lot more money going after buildings than there are buildings for sale,” Wilson said. “If an investor wants to sell the building, it will probably never make the market if it's fully leased. If it’s 100 percent medical and good credit tenants, it will be gone in a week.”

Janus said pricing was highest in the West and Northeast at $515 and $420 per sq. ft. The Southwest was third at $361 per sq. ft. The Midwest has the lowest average pricing of the six U.S. regions at $280 per sq. ft., he said. There have been sub-4 percent cap rates for prime medical office buildings, he said.

Jacobson said he recently saw a 2.7 cap rate in California.

Analysts said they don’t think the new cap-rate lows can sustain themselves but flatten out. There’s no shortage of capital, and there’s a lot of competition for assets and thus a positive outlook for medical office demand.

Lewitt added, however, that given inflation at 8 percent and rising interest rates, there’s some pause at the moment among investors to figure out the returns.