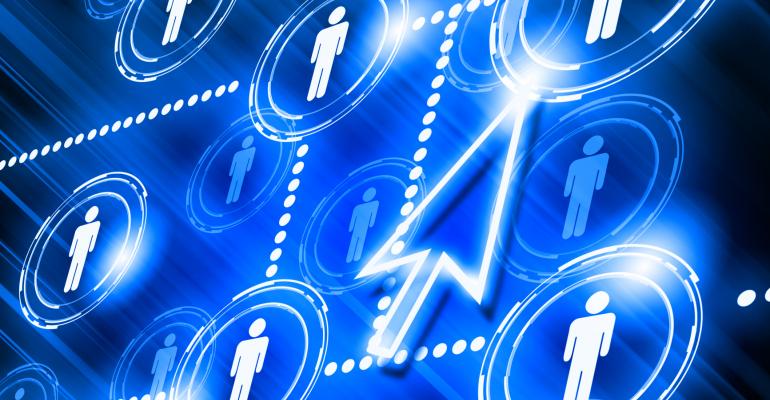 Social Media Start-up Will Depend on Early Adopters, Flexibility

Finect, a social media network for financial advisors that debuted in Spain, has launched a beta version of the platform in the U.S., to cash in on the social media craze and resolve some of the thorny compliance issues within the financial services industry. But the success of the platform will largely depend on getting a critical mass of advisors to buy into the concept, some say.

“For it to be successful, it obviously needs to get a lot of followers or users, and the question will be, do [advisors] want to add another social network or tool?” said Michael Byrnes Jr., president of Byrnes Consulting.

“It’s just one more system that you have to log into,” said Kim Gaxiola, founder of TechGirl Financial and an active social media user.

Finect promises to provide a one-stop shop for financial advisors to connect and share best practices with each other, and instead of being just another networking tool, it will help advisors integrate their Facebook, LinkedIn, and Twitter accounts, said Jennifer Openshaw, president of Finect and the original founder of the Women’s Financial Network. The platform also has built-in compliance tools, so firms can archive, track and monitor advisors' activities in accordance with FINRA and SEC regulations. While Finect is initially targeting early adopters of social media in the advisor community, Openshaw hopes to expand to individual investors and asset managers eventually.

The model is similar to LinkedIn, in that it’s free to sign up for basic access, and beyond that, there are tiered, premium levels of access, ranging from $39 a month to several hundred dollars a month, depending on the level of access. The free access includes a profile on the site, basic group capabilities, professional verification and compliance monitoring and archiving. Openshaw said the revenue model will primarily depend on subscriptions to the premium services, as well as some sponsors. So the more users they get, the better chance it will be successful.

Will the Model Work?

Some look to LinkedFA, a social networking site for advisors launched in 2010, as a similar model. There has been some speculation about the future of the site, which has been quiet for some time. In September 2011, the company was entangled in a trademark infringement battle with LinkedIn over the use of the word “linked,” according to published reports. In addition, the company hasn’t updated its blog since May 2012, although the site is fully functional.

CEO Jason Bishara denied rumors that LinkedFA would not be operating in the social media space anymore. “What I can say is that we have listened to our users and we are making the necessary adjustments,” he told WealthManagement.com. LinkedFA currently has over 12,000 financial advisors using the platform.

Openshaw claims that Finect is different than LinkedFA, in that they will be focusing more on connecting advisors with their peers, not on connecting them with clients. Unlike LinkedFA, Finect features company and group profiles, as well as portfolios and watch lists, Openshaw said.

LinkedFA also backs up and archives all activity for compliance purposes, but Finect gives firms the ability to control an advisor’s roles and give them certain permissions. Finect can also verify whether a member is a registered representative with FINRA.

Openshaw believes the model will work because advisors and industry groups want a way to connect and share best practices in the digital world.

“Organizations have less time and less money, and with the power of technology today, they can have potentially even better access to information that allows them to make quicker decisions,” she said.

But Gaxiola said she already has enough ways to connect with other advisors, through conferences, LinkedIn groups, CFP events, wholesaler events, and a study group she’s a part of.

“Even though I’m independent, I don’t feel alone at all,” she said. “I don’t need another peer group."

“The holy grail for me as an advisor would be to find a platform that I could do everything and connect it to my contact database, CRM system.”

Blane Warrene, senior vice president of customer communications, RegEd, a social media archiving software, said it makes great sense to have a place advisors can gather and learn about others’ successes and failures in using social media. But he’s concerned about putting an intermediary, or “wall” as he calls it, between the advisor and their customers—who they ultimately want to reach.

“My skepticism is always just that, customers are on public networks, and they exist and engage where their networks are,” Warrene said. “When you put an intermediary in there, it limits the scope of where and when [advisors] can do this.”

But Openshaw said the network will continue to evolve, depending on the feedback they receive from advisors.

Because online marketing is trackable, advisors can easily determine whether they’re getting traction, Byrnes said.

“So the early adopters will know within a couple months, or at the most a year whether their investment is worth it,” Byrnes said. “If it is, the organization will be much more successful.

“The early adopters are the ones that experiment, and they will eventually become the followers. So if they like the experience, they’ll tell others.”