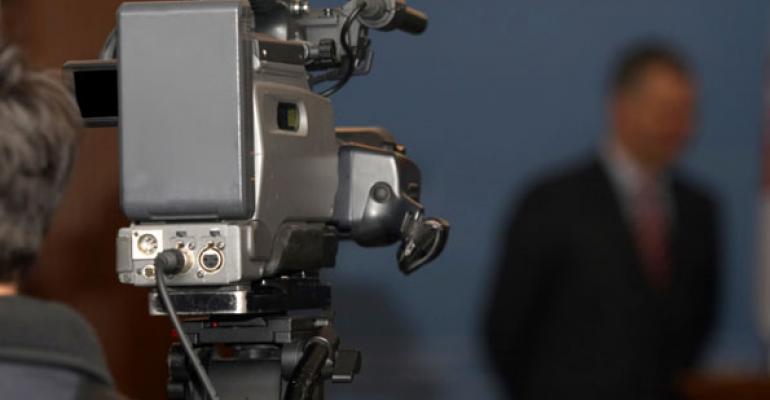 Financial advisors are tuning up their video skills and using YouTube to build branding, net clients and sell newsletters.

Tim Maurer remembers what pushed him to record his first video as a financial advisor—an email from a client asking to see his face during the 2008 downturn.

“She said she loved the communication from our firm, but especially during times when it’s really scary, she said, ‘I’d really like to see you,’” says Maurer, vice president and partner at the Hunt Valley, MD.-based Financial Consulate, a fee-only financial management firm.

That led him to develop a widely popular channel on YouTube tagged ’90 Second Finance,’ a series of 32 videos, featuring the bow-tie clad Maurer using a fat marker plus oversized notepad to outline basic financial issues from life insurance to the difference between a Roth and a traditional IRA—in, yes, just 90 seconds. There are no dissolves and cut-aways. Instead he offers frank advice, quickly and simply, plus earns followers, potential clients, and most critically their trust.

Enter the next shift in social media. You’ve done the web site, launched an email campaign and maybe signed up for LinkedIn. But the new frontier is YouTube—and we’re not talking about posting staid 30-second advertising spots featuring a frozen-smiled advisor in a suit witting at a conference table advocating for his firm.

Instead, say reps who are using video to build business and a brand, advisors should think about how short segments can really help clients, or even better non-clients, to learn something about the financial topic they’re interested in—and you.

Of course, since advisors began building web sites they’ve also been producing videos. Many of these videos, however, carry the whiff of late-night local television ads—little value, lots of self-promotion. But today, reps are slowly migrating to YouTube to not just host their video segments, but to build channels, a better way to make their brands visible to prospects, and get their names pushed higher in Google search results, thanks to the search engine’s purchase of YouTube back in October 2006.

YouTube itself is not just a video channel anymore. It’s also the second most popular search engine, according to ComScore, a digital analytics company. And while there’s no question that many of the most popular queries are for cute babies and crazy cat antics—consumers are also searching for informational pieces on how to play the guitar, how to speak Hungarian—and even how to build a strong financial future. Still, some advisors say the point of the videos should never be about getting a client.

“Videos are effective if you’re giving away snippets of advice,” says Maurer. “But you should do it without expectations of reciprocation. Instead it should be part of your personality. It’s all too obvious if you’re doing videos for the benefit of prospecting. People sniff that out.”

Maurer defines videos like these as an “ask,” or asking prospects to do something to get more information. To him this is bad practice and runs the risk of alienating a potential client, or worse, a current one. Plus while anyone with an iPhone can basically shoot video today—Maurer doesn’t think everyone necessarily should. First, they need to decide why they want to create a video for their firm or their business—and then to see if it’s something they can pull off well.

“I’ve seen train wreck videos where people don’t come off as confident,” he says. “And the last thing your client wants to see, especially in a volatile market, is someone who is uncomfortable.”

David Berkowitz agrees that producing good content requires some real focus on creating good video—and that can be hard to achieve. The vice president of emerging media at digital advertising house 360i believes there are good reasons for any professional to be on YouTube—but not if there isn’t good content to promote.

Step one, he says, is to align goals and expectations. A product demonstration or a video aimed specifically at a target market is not unlikely to go viral–nor should it. Instead for advisors, the goal should be to get in front of the right audience, instead of a mainstream one.

“If it’s viewed by 500 people who are institutional investors, that can be pretty amazing,” he says.

Brittney Castro’s videos keenly reflect her belief in the power of targeting. With her YouTube channel branded under name, Castro has laid out about 54 videos all aimed at women in their 30s and 40s—just like her, she says. Part of her tactic in producing her short two to four minute spots is to present information that she knows can be perennial, but with a new spin.

“I want to see someone fresh and modern and in a different way,” says Castro, who runs the Los Angeles, Ca.-based firm Financially Wise Women. “And so for me, in my videos, the information may be the same, but I think about how I can deliver it in a way that my target can relate to.”

Since launching her first video in September 2011, Castro says her web site traffic has grown about 200 percent. And while she links her firm’s information to her videos to net more clients for her services, she considers the videos more than a calling card for her brand. While the result may be more clients, Castro says that if that’s her main goal, her videos won’t resonate.

“That’s the hard part, giving away valuable content for free in hopes people see it and word of mouth develops,” she says. “But the more resources and value you can bring, the more credible people will see you.”

The growing interest among advisors in engaging video spots for potential clients has given birth to a sideline industry for content coaches.

Kristin Harad, an advisor and founder of the San Francisco-based VitaVie Financial Planning, also runs Next10Clients. Harad started her own line of videos for herself in 2010, doing Q&As that she ran on her website and on YouTube. But as those grew, she found advisors asking for help themselves. That same year, she launched her consultancy, coaching advisors on how to build what she calls “teaching moments.”

“My main objective is to attract the right kind of people,” says Harad. “So you might talk about the top 10 ways to retire five years sooner, and post the first three on YouTube, but to get the rest, someone has to come to your web site to download the free report.”

Harad says that while bringing viewers back to a rep’s web site may deter some, those who are interested in becoming a potential client will likely be willing to leave their name and address for a newsletter. Advisors won’t want to sift through thousands of random names anyway, she says, so the process will weed out those who are just browsing.

“Content should be important or relevant to your ideal client,” she says. “So you should use the videos as a screening tool for the kind of clients you want. You’re not trying to get the most views.”

Yet Jeff Rose, CEO of the Carbondale, Ill.-based Alliance Wealth Management, launched his YouTube channel Good Financial Cents in 2011. Rose aims for videos that not only play well on YouTube, but take advantage of the search engine link to Google—producing what he sees as a double-listing for his written work and also his video pieces. So he looks for topical reasons to post. For example, when American Airlines filed for bankruptcy last November, he threw together a piece on collecting pensions during bankruptcy because he knew the subject was a highly trafficked.

“I’m kind of an odd duck in the sense that I’m not trying to grow my practice,” he says. “I’m also not trying to get video views but have videos lead to my site and have people sign up for my newsletter. Because of the traffic level, with advertising and banner ads, I’m trying to get that to a six-digit income and even more. Getting new clients is just a byproduct.”

Whatever a rep’s goal—to increase clientele, to grow her brand, or to morph into a new career—videos are turning into the calling card for all these routes, with YouTube proving an effective channel. But even those with success in this arena, aren’t resting on their track record. Maurer is even starting to play around with videos that have no face-time—just his voice overdubbing graphics as a video essay.

And while some advisors are likely not interested in making personal appearances on a major video channel, others who are looking for another 30 years in their field understand that ignoring social and multimedia is not the best plan for their own future.

“I think everyone has their own set of communication gifts,” says Maurer. “If you’re a front-facing advisor, you have some way of speaking—maybe it’s audio or podcasts. But I do think you should get involved in some way.”