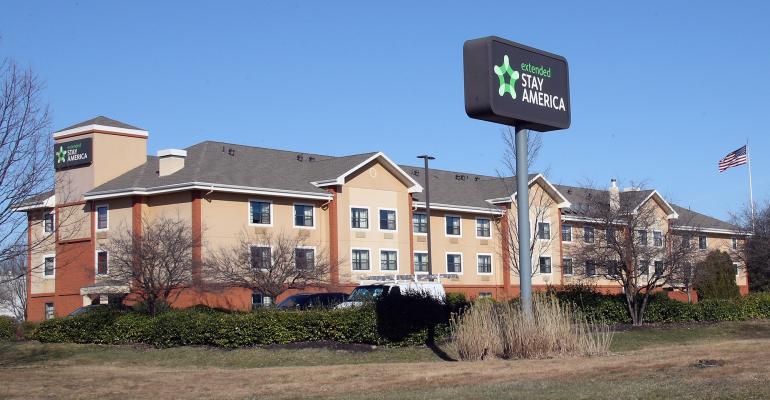 Family office Tarsadia Capital LLC said in a letter to shareholders it believes both the pricing and the timing of the deal is off.

Tarsadia Capital LLC, which owns roughly a 3.9% stake in Extended Stay, said in a letter to shareholders Monday it not only believes the price is wrong but the timing is off as the travel industry begins its recovery from the pandemic. The family office said it was concerned Extended Stay rushed the deal because Tarsadia had nominated three directors to its board and believes there is more value to be created on a standalone basis.

“Perhaps this disappointing transaction is the result of the incumbent board attempting to sidestep accountability for the company’s many years of underperformance right before the start of a proxy contest,” the firm said in the letter, a copy of which was obtained by Bloomberg. “Regardless, one thing is clear: with clear line of sight to greater results and a bright future, selling for a paltry price is not the best outcome for shareholders.”

Tarsadia is not alone in its views.

Another top-ten holder, Hawk Ridge Capital Management, which owns roughly a 2% stake in Extended Stay, plans to vote against the deal as well. David Brown, Hawk Ridge founder, said he was disappointed by what he called a “tiny premium,” given his belief that the company was well positioned to take advantage of the turnaround in the industry. He said he believed that management was on the right path.

“I understand why the buyers want to buy it,” Brown said in an interview. “It’s a big question mark why the board decided to go down this path.”

Representatives for Blackstone, Starwood and Extended Stay were not immediately available for comment.

Blackstone and Starwood agreed to acquire Extended Stay last week for $19.50 a share, a 15% premium to where the shares previously closed, in what would be the biggest deal in the hotel industry since the Covid-19 pandemic decimated the travel business. The merger documents show that Blackstone signed a confidentially agreement on Feb. 10, just five weeks before the deal was announced, while Starwood signed its own a month later, five days before the deal was announced on March 15.

Tarsadia argues the purchase price is at a significant discount to the average trading multiple of its peers, and is the lowest transaction multiple in the U.S. lodging space in more than five years.

The firm said Extended Stay will benefit from an upswing in travel, akin to what happened in the years following the lodging recessions of 2001 and 2009. The average three-year total return for lodging stocks following the one-year anniversary of the trough in each of those recessions were 124% and 59% respectively, it noted.

Extended Stay also has plenty of levers it can pull to improve value for shareholders, including selling a significant portion of its portfolio for multifamily and affordable housing conversions at a premium to what Blackstone and Starwood are offering, Tarsadia said. Extended Stay could also grow faster through more aggressive franchising efforts, and its under-levered balance sheet provides another avenue to return capital.

“In short, selling now, before the cyclical upturn and before these operating, asset sale, balance sheet optimization and capital return opportunities are realized, is a massive mistake unless the buyer is paying a significant premium to account for these inherent opportunities,” the firm said.