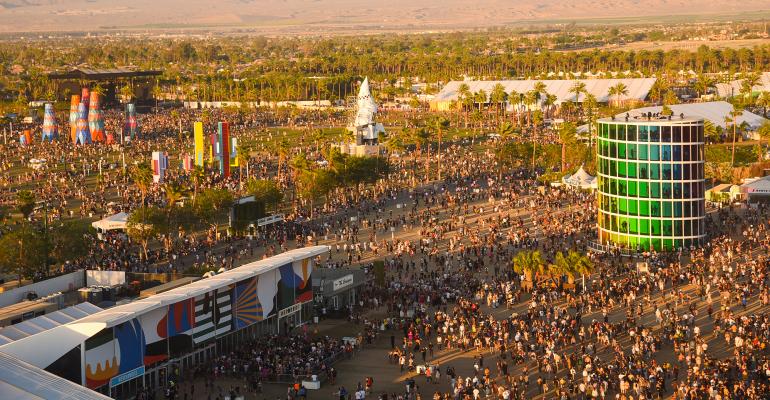 The developer, Glenroy Coachella LLC, filed for Chapter 11 protection after the project’s manager has faced allegations of fraud.

(Bloomberg)—The owner of a lavish hotel development near the site of Coachella, the famous California music festival, has filed for bankruptcy after lawsuits and delays stymied its plans.

Glenroy Coachella LLC, which owns the Hotel Indigo development, sought Chapter 11 protection in Los Angeles on Monday, according to a bankruptcy petition. The entity listed assets of $50 million to $100 million and liabilities of $10 million to $50 million.

The bankruptcy filing comes after Stuart Rubin, manager of the project, faced a lawsuit from his business partner, Gary Stiffelman, for $50 million amid allegations of “incompetence and fraud,” according to the Palm Springs Desert Sun. The lawsuit alleged that the development spent two separate budgets of $25 million.

Lawyers for Stiffelman didn’t immediately respond to a request for comment.

Hotel Indigo, a division of InterContinental Hotels Group Plc, doesn’t list the Coachella location among its current properties. Construction on the project began in early 2017 under the guidance of Rubin’s son, Joseph, and was met with delays almost immediately, according to the Stiffelman lawsuit.

The project was supposed to be completed in time for the 2018 edition of the Coachella Valley Music and Arts Festival, according to the lawsuit. Hotel Indigo Coachella was billed as a luxe, 35-acre resort close to the festival grounds, complete with a DJ stage, catwalk, 10,000-square-foot (3,049 square meter) pool, casitas and 250 guest rooms, according to a 2018 article from the Los Angeles Times.

The Glenroy Coachella project is the latest in a string of hospitality-related restructurings, following bankruptcy filings from the Wardman Park Hotel in Washington, D.C., and two boutique hotels in Brooklyn. Covid-19 has been devastating for the lodging sector with travel halted and hotel rooms sitting empty, and a full recovery not expected until 2023.