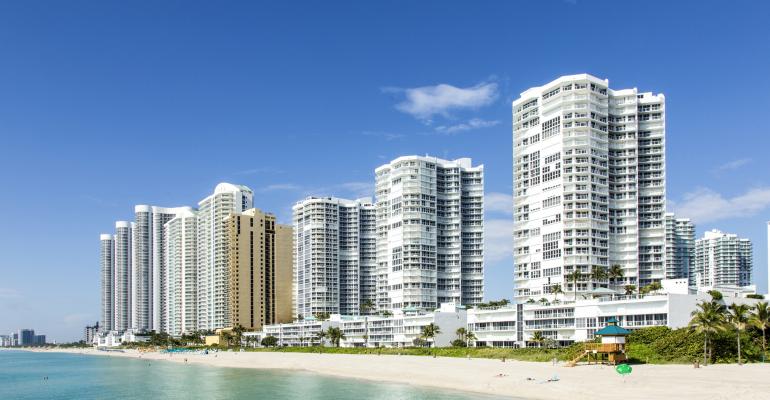 These American Cities Have Been Taken Over by Airbnb

Miami Beach has more Airbnb units per capita than any other market in the United States.

The Florida city crams in more of the short-term rental company’s properties per capita than anywhere else in the U.S., with roughly one Airbnb for every 15 of its 92,000 residents, according to new analysis from property services firm IPX1031. Seven of the top 10 cities with the highest Airbnb density per resident are in Florida, the company said.

The saturation has prompted Miami Beach to fight back, joining the ranks of cities trying to police Airbnb and other short-term rentals. The tussles with Miami Beach and cities such as New York City and Chicago are the thorniest obstacle facing Airbnb as it plans to sell shares on public markets. In Jersey City, New Jersey, residents voted overwhelmingly on Tuesday to limit short-term rentals.

Many of the fights come down to cities trying to keep control over how residential properties are used, while preventing what are essentially mini, unlicensed hotel businesses. Airbnb and Miami Beach recently settled a lawsuit, requiring hosts to list registration numbers so the city can verify that hosts are behaving within the law. But the city is now defending in court its ability to fine hosts up to $100,000 for multiple violations of the rules.

Still, Airbnb is expanding quickly in many American cities, some of which either welcome the business or aren’t fighting back. Over the past two years, Charlotte, North Carolina, has grown faster than any city in the U.S. with a 120% increase in listings, the analysis said, followed by Fresno, California, and Jacksonville, Florida. The startup has reached $1 billion in quarterly revenue, with 7 billion listings worldwide.

“While we haven’t reviewed this research, we know that Airbnb is growing in communities across the country and around the world, including in some places you might not expect,” Airbnb spokeswoman Molly Weedn said in an email.

Other cities with lots of Airbnb listings have found a way to live in peace with the company and its hosts. Bend, a fast-growing city of nearly 100,000 in central Oregon, has managed to crack the top five cities for Airbnb listings per capita. Famous for its ski resorts, hiking and craft beers, Bend attracts short-term visitors looking for a place to crash. Bend has a bespoke agreement with Airbnb to collect taxes of 10.4% on short-term rentals — similar to agreements in other places in Oregon and around the world.

Meanwhile, growth is stagnant or falling in some of the nation’s largest cities. New York City, which has been battling Airbnb for years, is trying to keep short-term rentals off the market. Those effects are clear: Listings in New York fell 7.1% from 2017 to 2019, the research said. In the same period, listings in San Francisco fell 16.7%, Washington fell 4.5% and Chicago grew less than 1%, the research found.

The research from IPX1031 analyzed data from more than 350 cities across the country using AirDNA, a short-term rental analytics database. Cities were then ranked by the number of Airbnb listings per 50,000 people. Population figures came from 2018 U.S. Census Bureau estimates.

To contact the author of this story: Luke McGrath in New York at [email protected].

To contact the editor responsible for this story: Lisa Fleisher at [email protected]