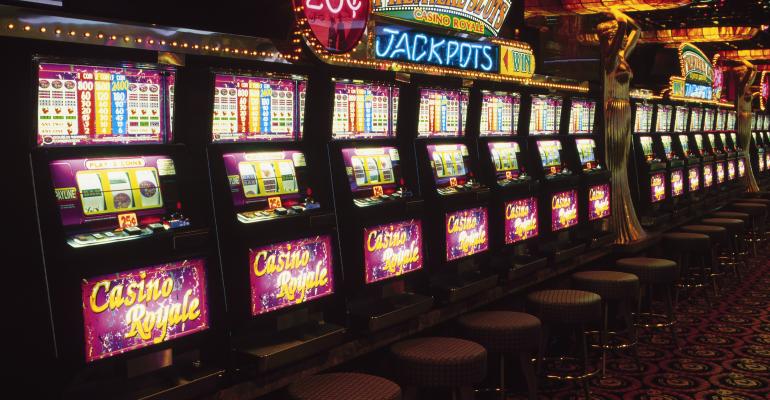 The owner of the Venetian hotel and casino hopes that safety precautions will be enough.

(Bloomberg)—MGM Resorts International and Wynn Resorts Ltd. both announced over the weekend that they were closing their Las Vegas casinos until the coronavirus threat passes. But not the giant Venetian down the street.

The property, owned by billionaire Sheldon Adelson’s Las Vegas Sands Corp., is keeping its doors open, hoping that its safety precautions -- such as canceling meetings and shows and frequently wiping down slot machines -- will keep employees and guests safe.

“Our team members are our most valuable asset and we have every intention of getting through this challenging situation together,” the company said in a statement. Management is still assessing the situation on a daily basis, and plans could change.

For now, the company’s position stands in stark contrast to that of President Donald Trump, a former casino owner himself whose political rise was supported by Adelson. On Monday, Trump called for Americans to avoid gatherings of more than 10 people. “We have an invisible enemy,” said the president, who was criticized by some for not recognizing the threat sooner. “This is a bad one.”

Adelson has been a close confidant of Trump and one of his biggest donors, making the apparent split more notable. In fact, the president was supposed to speak at this month’s Republican Jewish Coalition conference in Las Vegas, held at Adelson’s Venetian. Trump canceled as the virus threat escalated, and the event was postponed.

The showdown over whether to close casinos comes at a time when the industry is pleading for relief from lawmakers.

“In a matter of days, the U.S. casino industry went from a growing, thriving segment of the U.S. economy to a near standstill,” American Gaming Association Chief Executive Officer Bill Miller said in a statement seeking stimulus funding. It followed airlines making their own push Monday for $58 billion in aid from Congress.

The casino industry, like so many, is wrestling with how best to survive the pandemic. Government officials in at least a half-dozen states, including New York, Massachusetts, Ohio and Illinois, have ordered casinos to close in hopes of preventing the spread of the virus.

In some cases, the states don’t have jurisdiction -- and that’s brought its own issues. Tribal nations, which operate casinos across the country, can decide if they want to shutter their resorts.

In Florida, the Seminole Tribe is keeping its six casinos open in the state, including its most profitable property in Tampa, while taking precautions to keep patrons safe, casino spokesman Gary Bitner said.

The tribe, which owns the Hard Rock brand, will close all poker rooms by 7 p.m. Tuesday, limit the number of players at table games and turn off many of its slot machines to increase distance between players. In Tampa, for example, two machines in each row of three will be turned off, Bitner said.

In Louisiana, which ordered its 20 state-regulated casinos closed on Monday, Gaming Control Board Chairman Ronnie Jones wasn’t sure if its three tribal ones were closing or not. “They aren’t required to notify us,” he said. By late Monday, he’d heard two of the three were shutting down.

In Las Vegas, the biggest U.S. casino market, operators have been divided. On Sunday, Nevada Governor Steve Sisolak ordered schools and state offices shut, but he stopped short of casinos, saying he would “strongly support” any operators that did close. MGM and Wynn went ahead and did just that.

One issue: the threat of lawsuits. Carnival Corp. was sued last week for allowing passengers to sail in its ships during the crisis. Las Vegas employees and guests have already been diagnosed with the illness.

Some industry insiders also point to Macau, which took swift action, shutting down all public events in January, just before the big Chinese New Year, followed by a 15-day closure of the casinos in February. Business remains slow, with access limited. But the region, one of the top tourist destinations in the world, reported only 11 cases since the crisis began, with 10 having since been discharged by the local hospital, according to the government information bureau.

Other casino operators, such as Caesars Entertainment Corp., Boyd Gaming Corp. and Red Rock Resorts Inc., are staying open. Business-interruption insurance -- which could be paid if a government orders a shutdown, but not if the company decides to close on its own -- is one factor in the thinking.

Compounding the decision-making is the huge debt the casino industry carries, due in part to feverish dealmaking over the past few years. Caesars, for example, is being acquired by Eldorado Resorts Inc. in a transaction worth a combined $17.3 billion in cash, stock and debt when it was announced last June. Caesars and others have been drawing on their revolving credits lines, to save cash for the tough times ahead.

The Las Vegas-based operator of properties such as Caesars Palace and Planet Hollywood has canceled all live events through the end of March, closed its buffets and cut staff.

“We are taking these bold measures now and look forward to welcoming guests back to enjoy world-class entertainment experiences as soon as we are able,” Caesars said in a statement.

At Adelson’s Sands, customers still ate and gambled on Monday afternoon. Many other hotels and casinos in Las Vegas remained open, as does air travel to McCarran International Airport. A Sands employee cafeteria is being shuttered, to limit close contact, with workers being given other food options. Unlike other operators, though, Sands said: “The company is not considering layoffs or any changes to any of our existing health-care benefit plans.”

The industry has been especially hard hit by the sell-off on Wall Street. Shares of all casinos operators tumbled on Monday, with MGM down 34% and Caesars off by 28%.

But Adelson’s empire has fared a little better than most.

On Monday, Jefferies analyst David Katz upgraded Sands from a hold to a buy, citing its financial resources, flexibility and management stability. He called the stock “safe to play in traffic.”

--With assistance from Henry Goldman.

To contact the reporters on this story: Christopher Palmeri in Los Angeles at [email protected];

To contact the editor responsible for this story: Nick Turner at [email protected]