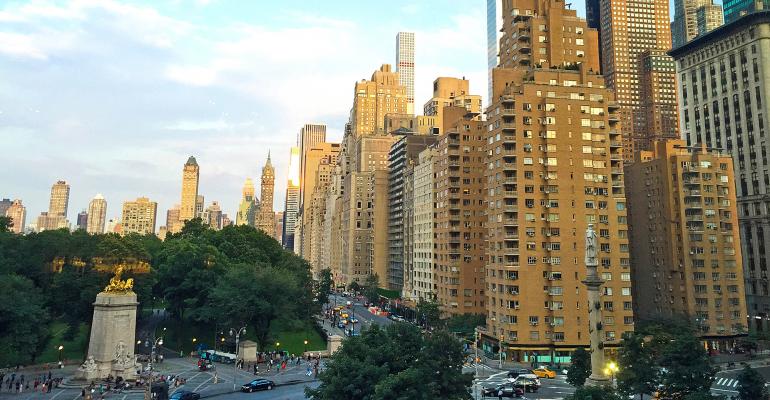 (Bloomberg)—New York City’s hotel industry is starting to revive as tourists return, driving demand for rooms to the highest since the city became an epicenter of the pandemic in March 2020, Mayor Bill de Blasio said.

City hotels sold more than 481,000 room nights last week, a 17,000 increase from the previous week, de Blasio said. Visits to the Statue of Liberty were up 22% last week compared with the last week in June, and the mayor said the city is on its way to exceeding its weekly goal of 500,000 hotel room nights.

“We need to see our economy coming back, our jobs coming back,” de Blasio said during a Thursday news briefing, when he spent much of the time promoting musical concerts intended to draw visitors back. “The cultural and artistic activities, the museums that are open, indoor and outdoor activities, sports is back, restaurants, especially outdoor dining. People are coming to NYC just to experience outdoor dining here.”

The city has embarked on a $30 million marketing campaign intended to increase tourism, which at its height created about 400,000 jobs and injected about $72 billion into the city economy, including $7 billion of tax revenue.

Yet the city’s hotel industry remains depressed, with nearly 100 closed for tourism, said Anne Purcell, director of hospitality and market analytics for the northeast at CoStar, a real estate data analytics company. While the occupancy rate was 63% in June for hotels that are open, it was about 50% for the city’s hotel room inventory. The average occupancy rate was about 90% in the summers of 2018 of 2019, Purcell said.