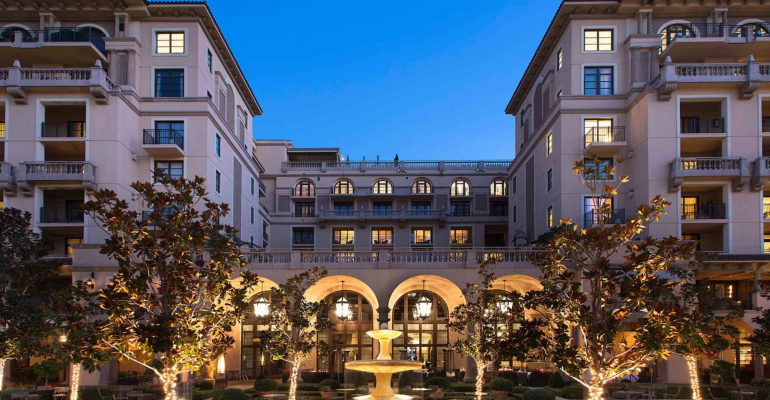 A Middle Eastern buyer agreed to pay more than $2 million a key for the five-star Montage Beverly Hills hotel in Beverly Hills.

(Bloomberg)—Ohana Real Estate Investors has reached a deal to sell the Montage Beverly Hills, a five-star hotel in the heart of the California city’s luxury shopping district, people with knowledge of the matter said.

The seller has taken a deposit from a Middle Eastern buyer on the 201-room property at a price of more than $2 million a key, said one of the people, who asked not to be named because the matter is private. The transaction has yet to close and may still fall apart, the person cautioned. The identity of the buyer couldn’t immediately be learned.

The Montage, located in the city’s Golden Triangle, has a 20,000-square-foot (1,860-square-meter) spa and a rooftop pool overlooking Rodeo Drive. Weekend rates at the hotel range from $745 a night for a king room to $10,000 for the most expensive suites.

Middle Eastern buyers have flocked to U.S. luxury hotel assets in recent years, acquiring assets such as Manhattan’s Plaza Hotel and the St. Regis New York. If the sale closes as planned, it will be among the most-expensive U.S. hotel transactions on a per-room basis. The Trump Organization is said to be seeking $2 million a key for its hotel in Washington.

To contact the reporters on this story: Patrick Clark in New York at [email protected];