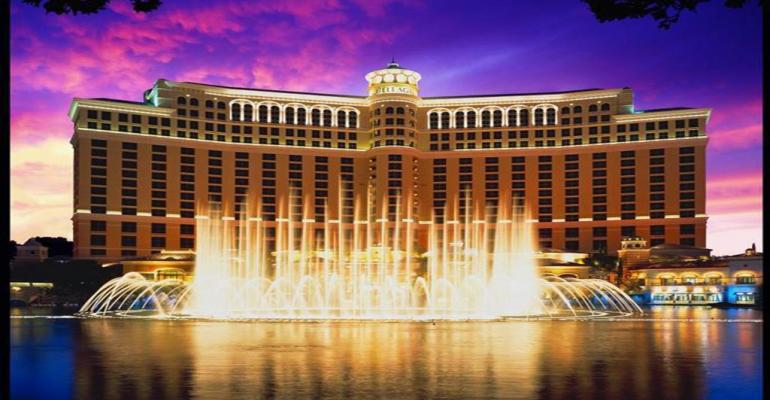 MGM Sells Bellagio to Blackstone for $4.25 Billion in Lease-Back

The company will continue to operate the property under a lease arrangement.

(Bloomberg)—MGM Resorts International, pressured by investors to unload its remaining company-owned casinos, agreed to sell the Bellagio resort in Las Vegas to Blackstone Group for $4.25 billion and will continue to operate the property under a lease arrangement.

The Las Vegas-based casino company also agreed to sell the Circus Circus property on the Strip, along with 47 adjoining acres, to real estate mogul Phil Ruffin for $825 million, according to a statement Tuesday.

With the sales, MGM Resorts moves a step closer to becoming a landless casino company, marking a new era for the largest operator of casinos on the Las Vegas Strip. When all of its deals close, the company will have just two wholly owned properties, including the flagship MGM Grand, remaining under its ownership. The company is keeping a 5% stake in the Blackstone-led venture that’s buying Bellagio.

“The casino industry is evolving and we figured the best use of our intellectual capital was to focus on sports, live entertainment and reduce leverage,” Jim Murren, MGM’s chairman and chief executive officer, said in an interview. “It’s very historic for a variety of reasons.”

MGM has been restructuring under pressure from activist investors. The company has cut and reorganized management, and previously sold all but four of its wholly owned casinos to MGM Growth Properties Inc., a real estate investment trust it created three years ago. The REIT has an option to buy the MGM Springfield in Massachusetts.

The price for Bellagio represents 17.3 times the initial annual rent of $245 million, MGM said. Bloomberg News previously reported Blackstone was in talks to buy and lease back the Bellagio and MGM Grand. The property is being purchased by the Blackstone Real Estate Investment Trust.

MGM will use the proceeds to bolster its balance sheet and return capital to shareholders. Murren said the transactions will help the company target new growth opportunities, including one of the new integrated resource licenses in Japan and sports betting in the U.S. MGM has no plans to develop any more casinos in Las Vegas, he said.

Ruffin, a real estate mogul raised in Wichita, Kansas, will pay $662.5 million in cash for Circus Circus. The $162.5 million balance will be in a note that’s due in 2024. The parties expected to deal to close in the fourth quarter. The resort has 2,300 employees and includes a 20-acre RV park and 37-acre festival grounds.

Ruffin bought the Treasure Island casino from MGM for $746 million in 2009. The company then was trying to raise cash following the financial crisis and complete construction of its CityCenter project.

He fixed up Treasure Island, once known for its daily pirate battles outside, adding a western-themed barbecue restaurant and other amenities aimed at Middle American guests. Earlier, he partnered with Donald Trump on the Trump International Hotel, a non-casino hotel and condo development on the Strip.

Circus Circus, now more than 50 years old, was once a flagship property of publicly traded Circus Circus Enterprises. MGM ultimately acquired that company. The resort itself is located at the less-trafficked north end of the Strip.

The sale of Bellagio will provide a benchmark value to attract bidders for MGM’s remaining real estate interests, Murren said, including the CityCenter properties that are co-owned with Dubai World, and the flagship MGM Grand.

Murren also said he wasn’t concerned that Penn National Gaming Corp., another casino operator that had moved to a similar asset-light strategy, trades at a lower multiple of earnings than other casino companies. He said MGM’s assets make it unique.