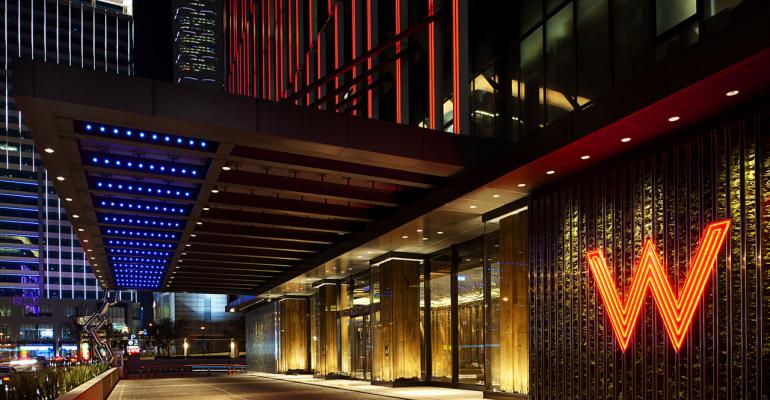 Marriott described the property as an “incubator and catalyst for a new vision” for the brand in North America.

(Bloomberg)—Marriott International Inc. is undertaking an update of W Hotels, and will showcase its plans at a prominent property in Manhattan.

Marriott acquired the W New York Union Square for $206 million, and is planning a renovation that will make the property an “incubator and catalyst for a new vision for W in North America,” the company said in a statement.

The plan calls for a new spa and expanded restaurant at the Union Square property, and includes new hotels in Aspen, Philadelphia and Toronto. Owners of existing W Hotels have committed $200 million in renovations as part of the initiative, the statement said.

The W brand was launched by Starwood Hotels & Resorts in 1998, which took an emerging category of independent hotel and adapted it for a large hotel company. The brand played an important role in popularizing the concept of the lifestyle hotel.

The idea was a hit. There were 56 W Hotels as of the end of June, and Marriott which acquired the brand in 2016, continues to open new locations. Most large hotel companies have launched or acquired boutique or lifestyle brands in the years since, and many of them, from Accor SA to Best Western International Inc., have more than one.

Some early properties have lost relevance. The first W, at Lexington Avenue and 49th Street in Manhattan, was rebranded last year following poor performance and now operates as part of Marriott’s Tribute Portfolio.

Like most hotel brand companies, Marriott shuns real estate assets, preferring to collect fees for managing properties owned by others. It has occasionally purchased and updated properties to demonstrate the value-proposition of a new look before asking its real estate partners to invest in upgrades.

Last year, the company acquired the Sheraton Grand Phoenix for $255 million as part of its plans to transform that brand.

To contact the editor responsible for this story: Craig Giammona at [email protected]