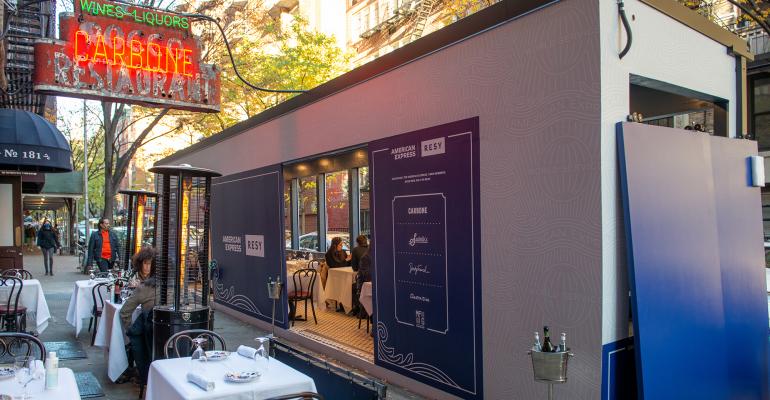 Luxury Hotel Concierges Are Once Again Essential—Except to Restaurants

As travelers return to international travel with renewed joie de vivre, there’s more pressure than ever on concierges to deliver.

(Bloomberg) -- The first rule of being a concierge is a simple one: “Never say no.”

In the wake of the pandemic, concierges around the world are finding it increasingly challenging to stick to either stricture—though they’re steadfast in their commitment. Competition for restaurant reservations has never been fiercer, yet many of the gatekeepers to those establishments were laid off amid Covid shutdowns to be replaced by online reservations systems such as Resy.

For Jeffrey Thoennes, a veteran concierge at New York’s legendary Carlyle hotel, it means 70% of his contacts were wiped away by spring 2022, when tourism returned in earnest to the city. “I’ve been working here and building relationships for 24 years,” he says. “Now, after Covid, it feels like I’m starting over again.”

Around the world, members of this trade—which many felt was losing relevance before the pandemic—are echoing Thoennes’s sentiments. But as travelers return to international travel with renewed joie de vivre, there’s more pressure than ever on concierges to deliver.

“It keeps getting busier around here,” Thoennes says, especially after Covid’s omicron waves subsided. “It felt like the floodgates really opened up in March. And usually, by July or August, we find ourselves having some downtime. But from the requests we’re getting, it’s going to be a very, very busy summer like never before.”

International guests of the Carlyle typically ask Thoennes to book the same three restaurants: Polo Bar, Carbone, and Daniel. “It’s hard!” he laughs, wondering how many times he can call a restaurant in a single day with additional requests when their books are already crammed. “We always say yes, we always call and try,” he explains.

It doesn’t help that customers come in with an expectation that New York is dead—a fallacy that can make it harder for them to accept a Plan B. Between repeat attempts to get overbooked tables and the delicate balancing act of offering alternatives, Thoennes says, “it takes us about 30% more time to help each guest.”

“Sometimes it’s time that we don’t have,” he admits. “But we always get them in somewhere great.”

Indeed, the pandemic has repaved the way forward for concierges. Mediocre ones in three- or four-star hotels were in many cases eliminated from the payroll, never to be replaced. But those with Les Clefs d’Or pins—the gold standard for concierges and a point of pride for top-end, five-star hotels—are now seen as invaluable resources for travelers and a must-offer service for hotels.

On the flip side, concierges are less important to restaurants, which have had no trouble recouping business. After all, concierges often work on commission schemes that often amount to a percentage of the total check—the amount can vary—while online reservations systems such as Resy take only a nominal flat fee per table.

Jason Laker-Jones, head concierge at the Corinthia London, says clients lean on him more than ever as pent-up demand translates to high expectations and a desire to “get it all in.”

“We are doing more than we ever would have done previously for our guests,” he says, stressing that more and more guests want to preplan every meal and moment of a trip. “But it’s helped everyone recognize the importance of the knowledge and the context that we have.”

In London, top requests revolve less around specific restaurants and more around ways to spot the royals or access private guiding options for the city’s large museums. With the exception of procuring tickets for the Yayoi Kusuma show at the Tate—which sometimes requires concierges to send gofers in person—visitors to London have straightforward requests. When patrons do require specific tables, Laker-Jones says his old contacts are generally still useful; only about 30% of his industry contacts have left their posts altogether.

Still, his job has transformed, too. “We’ve had to add a lot to our game,” he says. First it was the legal red tape of navigating border restrictions for clients coming from green-, yellow-, or amber-list countries. Even with that need resolved , he explains, a larger number of clients need hand-holding on simple logistics. What documentation do I need to show if I cross the border into France? Where can I get an antigen test on a Sunday before flying back to the US? And so on.

Over in Milan, Lorenzo Fradegradi, veteran concierge at Dorchester Collection’s Hotel Principe di Savoia, jokingly begs for at least a 25th hour in his day as he rides out the tail end of the city’s famed Salone del Mobile furniture fair. “You have all of these Americans coming last minute, and getting them reservations has kept us super busy—it’s very, very hard.” And they don’t just ask for top tables and museum tickets, he says; now, the hot request is organizing impromptu day trips to boat around Lake Como.

As for his colleagues around the world, restaurants are the sticking point. He estimates that 45% of his go-to recommendations are now shuttered; many that are operating have jacked their prices to a point at which returning visitors might raise an eyebrow. He expects it'll take until yearend to rebuild relationships and develop a comprehensive list of new recommendations.

“Everything has changed,” Fradegradi says, “but we manage—and we try to give people the best experience possible.”

To contact the author of this story:
Nikki Ekstein in New York at [email protected]