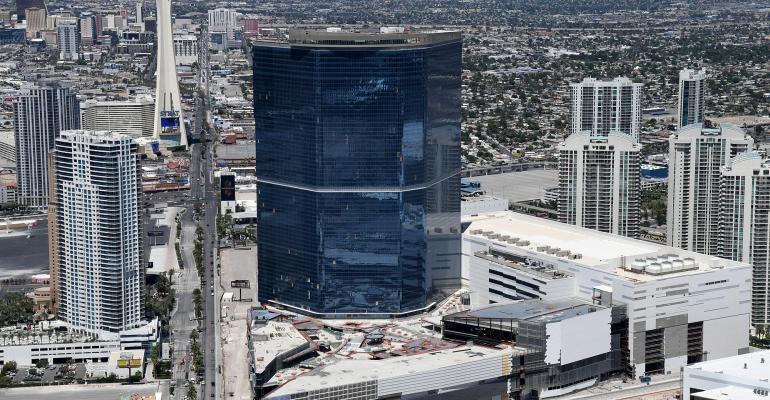 The company is partnering with Fontainebleau Development on a long-stalled resort and casino on the Strip.

(Bloomberg) -- The real estate unit of Koch Industries is buying a long-stalled resort and casino on the Las Vegas Strip, betting on a rebound in a city hit hard by a plunge in tourism during the Covid-19 pandemic.

The company is partnering with Fontainebleau Development, an early developer of the property before the project went bankrupt during the financial crisis. Financial terms weren’t disclosed.

“We believe strongly in the Las Vegas market and see the property as a great opportunity to contribute to the long-term success and positive trajectory of this vibrant and innovative region,” Jake Francis, president of Koch Real Estate Investments, said in a statement Thursday.

The company didn’t give further plans for the property, which is 75% complete, according to the statement. The site at 2777 S. Las Vegas Blvd. was most recently part of a $3.1 billion three-hotel project called the Drew, led by real estate mogul Steven Witkoff. He bought the property in 2017 for $600 million from Carl Icahn, who had acquired it out of bankruptcy.

A Witkoff representative declined to comment. In a 2019 interview, he had said the 3,780-room resort was expected to be completed in 2022. Since then, the Vegas market has been slammed by a dropoff in travel and convention business due to the coronavirus.

Fontainebleau, co-founded by Jeffrey Soffer and best known for its Miami Beach resort, is rejoining a project it originally became involved with in 2005. The resort was called Fontainebleau Las Vegas before Witkoff took over and renamed it.

“We’re currently evaluating all of our options and looking forward to being part of the advancement of the world-class Las Vegas entertainment industry,” Brett Mufson, president of Fontainebleau Development, said in an emailed statement.

(Adds that project is 75% complete in fourth paragraph. A prior version was corrected to reflect the companies bought the entire stake.)