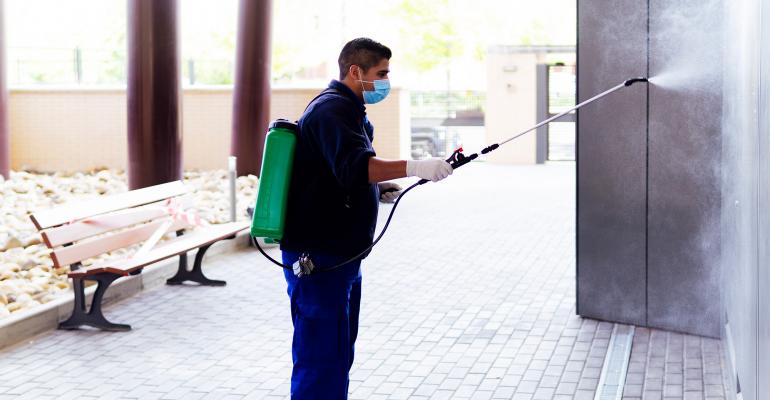 How Hotels are Trying to Keep Guests and Employees Safe

Guidelines are in the market, although not all properties seem to be applying best practices.

The hotel industry has been diligent in developing standards to keep guests and employees as safe as possible from the novel coronavirus—but not all of them are doing it.

Major hotel brands and industry trade groups have joined together to craft guidelines and strategies on how to operate safely in the crisis, ranging from how often staff need to clean and disinfect common areas to how many guests should squeeze into an elevator to allow for “social distancing” to slow the spread of the disease. Other best practices have been packaged together by the Centers for Disease Control and Prevention.

These guidelines are already being tested as hotels welcome more guests, with more states loosening orders that closed all non-essential businesses during the height of the pandemic. An issue, however, is that it is ultimately up to each property to enforce the largely voluntarily practices.

“Brands have recommendations and standards. But the managers can do whatever they want,” says Tim Dick, senior director of asset management and investment services specializing in hotels for CBRE. He recently visited a hotel in a major Southeastern city that seemed to ignore most of the rules. There was no hand sanitizer in the lobby and no signs asking guests checking in not to crowd the front desk.

“It was a nationally-branded hotel with a reputable management company—I won’t say which one—and all they had was a plexiglass shield,” says Dick. “There is a segment of our population that apparently doesn’t care.”

Know the rules to keep guests and employees safe

Experts generally agree what hotel managers need to do. “All of the major hotel brands… have come out with guidelines and standards," says Patrick Short, vice president of operations for Peachtree Hospitality Management. “[These standards] not only provide a safe environment, but also give guests the comfort level of knowing items, areas, guest rooms and products are safe and clean.”

The “Safe Stay” guidelines from the American Hotel & Lodging Association were created by an advisory council of top hotel brands that ranges from Red Roof to Hilton.

The regularly-updated 10-page guidelines include suggestions on cleaning regimens, use of masks, treatment of common areas and laundry best practices and many other aspects of hotel operation.

Different brands have adopted slightly different versions of these guidelines, though the guidance is broadly similar. For example, Marriott requires individually-packaged disinfecting wipes in all guest rooms. Another brand offers them to guests upon request. “In general, all hotel brands are doing very similar initiatives," says Peachtree’s Short, who works with brands including DoubleTree, Hilton, Marriott and others.

These guidelines have already been tested—many hotels continued to operate throughout the pandemic. The inventory of available hotel rooms in the U.S. only dropped by about one-third in March and April compared to the year before, according to hotel research firm STR, based in Nashville, Tenn.

Most hotels closed amenity spaces like fitness centers, dining rooms and meeting spaces during the pandemic. Many luxury and upper upscale hotels, where much of the hotel building is meeting space designed for conferences, shut down entirely. “On the luxury side, half the rooms were closed,” says Jan Freitag, senior vice president of lodging insights for STR. However, that means that even among these high-end hotels, half remained open, with far fewer guests than usual.

During some of the worst days of the pandemic so far, the Four Seasons in New York City made 225 of its luxury hotel rooms available to healthcare workers, beginning April 2.

“Our healthcare workers are working tirelessly on the front lines of this crisis,” said owner Ty Warner. “Many of those working in New York City have to travel long distances to and from their homes after putting in 18-hour days. They need a place close to work where they can rest.”

Hotels like the Four Seasons created plans in case a guest tested positive for COVID-19, the disease caused by the coronavirus. “If at any point a healthcare worker staying in our properties or any guest contracts COVID-19, we have specific protocols to ensure complete sanitation,” says Short.

However, in April 2020 health officials across the U.S. were only able to test a few thousand people per day to confirm the presence of the virus. That’s a fraction of the hundred of thousands of tests they were able to perform every day by May.

Because many exposed to the virus could not be tested, hotels had to take extra precautions with all guests. The Four Seasons and its partners provided disinfection and sanitizing products in each room, consultation and training on cleaning procedures to staff, and on-site and virtual support.

The guidelines set by hotels are now getting a new test. The number of hotels open and serving guests continued to rise in early June—and the number of guests is steadily increasing.

“The data is getting less bad each week,” says STR’s Freitag.

“The country is still experiencing the pandemic, and hotel operators and staff must remain vigilant in their efforts to keep guests safe," says Brian Lowder a principal and senior project manager for construction cost consultants Rider Levett Bucknall, who is based in the firm’s Los Angeles office.