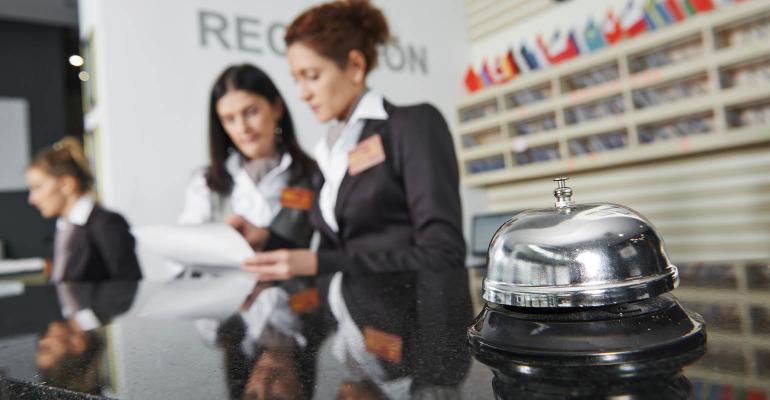 The Hotel Sector Looks Poised for Another Strong Performance in 2020

In spite of a slight slowdown in business travel, room rates and RevPAR continue to grow.

Tourists and business travelers are keeping demand for U.S. hotel rooms high, in spite of worries that the U.S. economy might be slowing down.

Strong demand for hotel rooms is expected to continue over the next year, filling up new rooms now under construction. Room rates and revenue per available room (RevPAR) both continue to grow, even despite the rising cost of wages for hotel workers.

“For the hospitality sector, 2020 could be an exceptional year,” says John Chang, senior vice president and national director of research services with brokerage firm Marcus & Millichap.

The amount of money spent on leisure travel in the U.S. has grown consistently by about 2.0 percent per year in recent years, according to the U.S. Travel Association.

“Cities all across the country have recently achieved record tourism levels from New York to New Orleans,” says Trantham. “Over the past couple of years, hotel demand has been continuously buoyed by strong wage growth and elevated consumer confidence.”

Busy tourists have helped make up for business travelers, who booked somewhat fewer hotel rooms this summer, as the U.S. economy appeared to slow overall.

“The most surprising trend in 2019 was the durability of hotel demand,” says Chang. “Even when recessionary risk rose and sentiment began to weaken, occupancy levels remained entrenched at near-record levels and average daily rates continued to advance.”

U.S. hotel occupancy over the 12 months that ended in October 2019 averaged 66.2 percent, according to Marcus & Millichap Research Services and data firm STR. That matches the high average of the year before. The average daily rate (ADR) grew by 1.2 percent to reach $130.90. RevPAR) grew by 1.1 percent to reach $86.62.

Nationally, construction activity has increased with the bulk of the development pipeline in the midscale and upper midscale categories. The markets adding rooms at the fastest rates, relative to their size, include Nashville, Tenn., Austin, Texas and Charlotte, N.C.

Developers plan to open enough new hotel rooms in 2020 to increase the existing inventory by 2.3 percent. Demand for these rooms is likely to grow by 2.0 percent, according to Marcus & Millichap. That should keep the average vacancy rate next year at 66.0 percent, down just 20 basis points from 2019.

“Strong household balance sheets are empowering increased travel by both air and vehicle—both of which are at all-time highs,” says Chang. “The outlook for 2020 remains robust, barring a major economic or geopolitical setback.”

Wages for leisure hospitality workers grew by nearly 4.0 percent last year compared to the year before. That’s faster than the national average of about 3.0 percent. “This directly impacts hotel operations both from the cost of labor, as well as the availability of workers to fill open positions,” Trantham notes. “However… the strong momentum supporting RevPAR (elevated occupancies and ADR growth) still surpasses the impact of rising wages so far.”