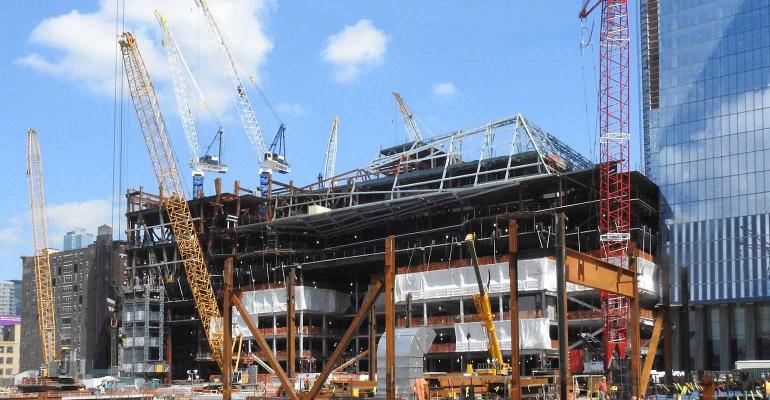 With industry fundamentals continuing to strengthen following a steep dip during the pandemic, some hotel investors are back in building mode.

Travelers are booking hotel rooms again. After a brutal slowdown during the depths of the pandemic, U.S., hotels have recovered and occupancy rates are almost as high as they were in 2019 with average daily rates even exceeding pre-COVID levels.

Strong fundamentals have created incentives for hotel developers to get building again. But they are struggling with a new set of challenges, including a shortage of construction workers, huge demand for construction materials, continued supply chain disruptions and rising interest rates. All of that has meant that while development is happening, far fewer new hotel rooms are in the pipeline than the industry average before the pandemic.

“I think developers will take a breather this summer to see how interest rates and the overall economy develop, and then jump back in in the fall when there is a bit more visibility,” says Jan Freitag, national director of hospitality market analytics for CoStar. “Strong projects still work, it will just take a little bit more time to get them done.”

For many hotels, demand has recovered from the pandemic

Roughly two-thirds (65.1 percent) of the hotels rooms in the U.S. were occupied in May 2022, according to CoStar. That is just a little lower than the occupancy rate (68.5 percent) in the same month the year before the pandemic, in May 2019. It is a vast improvement from May 2020, when just one-third of rooms were occupied.

“Hospitality is in a good spot given the wreckage in the last two years,” says Amit Govin, principal and CEO at Everwood Hospitality Partners. “And that’s without significant corporate demand buffering RevPARs.”
Developers are most interested in building the kinds of hotel properties that are showing the strongest performance.

“Extended stay hotels and assets in leisure locations have been the clear winners over the last two years,” Govin adds. “Owners and developers have taken note.”

Developers are also most interested in the parts of the country where people seemed eager to move during the pandemic.

“We continue to look for opportunities to develop premium, select-service brands in Florida, the Southeast, the Midwest and the Sun Belt—markets that have been net beneficiaries of population and demand migration since 2020,” says Will Woodworth, vice president of investment for Peachtree Hotel Group.

Developers are least interested in building properties like full-service hotels, which have still not regained the demand from business travelers and often suffer with staffing problems.

“In the current climate there are only a few key full-service hotel developments in the pipeline,” says Twenty Four Seven Hotels’ Wani. “The excessive labor costs to operate large, city center hotels are becoming cost-prohibitive.”

As more people have rented hotel rooms, developers were able start construction on projects they had planned before the pandemic.

“We are still working through our pipeline of pre-pandemic projects,” says Peachtree’s Woodworth. “We have benefitted from picking sites three years ago that have actually showed improved fundamentals post-pandemic.”

“Projects which were well-conceived were able to obtain construction funding in summer and fall of 2021 and commence construction shortly thereafter,” says David Wani, co-founder and CEO of Twenty Four Seven Hotels.

However, these new developments are hard to begin. “There are still properties breaking ground but in general, it is harder and harder to do,” says Freitag.

Developers have been shocked by sudden increases prices for the materials they need to build new hotels—from appliances to lumber. These prices have been volatile for more than a year.

“You really don’t know how much the project will cost until you are at the final pricing set,” says Peachtree’s Woodworth. “Even at that point you may be surprised by a sudden lack of sub-contractor availability, materials pricing fluctuations, etc.”

Developers are also getting less money from lenders, and they are having to pay higher interest rates for those smaller loans.

“There is tremendous dislocation in the debt markets,” says Kevin Davis, CEO of JLL Hotels and Hospitality, Americas. “If you are starting a process right now it is significantly harder today than six months ago.”

Lenders are also looking more closely at the hotel developments that apply to them for financing. “Lenders prefer branded hotels with top franchisors such as Marriott, Hilton, Hyatt and IHG and segments such as extended stay, upscale and lifestyle,” says Twenty Four Seven Hotels’ Wani.

“Most lenders are concerned about supply chain and rising development costs,” says Everwood’s Govin. “This is placing more (hopefully just transitory) constraints on proceeds and loan-to-cost levels than we’ve seen in the past.”