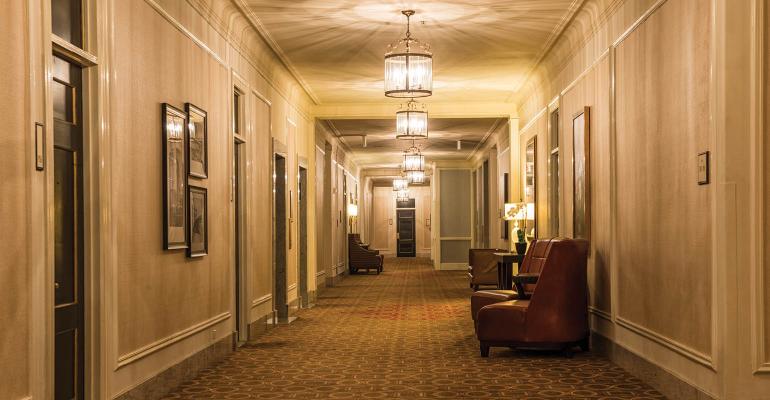 Start Slideshow ›
A new generation of hotel investment markets is on the rise as gateway cities get pricier.

Quality hospitality investment opportunities in major markets have been more difficult to come by in recent years. Manhattan, Southern California, Northern California, Chicago, Boston, and South Florida have all seen a decrease in hotel transactions since peaking around 2011 and 2012, according to Real Capital Analytics (RCA), a research firm.

High prices in first-tier cities are forcing many investors to consider other cities in search of better value, a trend that is likely to continue through 2020. These secondary or tertiary venues have now become increasingly attractive to investors who found themselves priced out of the traditional primary locations.

As is often the case late in economic cycles, investment capital typically bypasses overvalued first tier markets and instead enters less expensive and equally attractive second tier cities. Eventually, capitalization rates in first- and second-tier markets converge. Premium cap rates on secondary market hotels can range from 75 basis points to 100 basis points higher than in major cities, and a full 300 basis point higher than those in top tier markets. We anticipate that we will see declining cap rates and higher sale prices for assets in secondary cities.

Our firm has found that a new wave of non-gateway markets has come to the fore. Cities such as Atlanta, Charlotte, N.C., Dallas, Indianapolis, Jacksonville, Fla., Kansas City, Orlando, Fla., Phoenix, Salt Lake City, and Tampa, Fla. have seen noticeable spikes in the number of transactions taking place there in recent years, according to data from RCA. Markets that some may label as “tertiary,” such as Gainesville, Fla. or Amarillo, Texas, have also seen sizeable deal activity. These secondary or tertiary markets are generally characterized by high population growth, lower unemployment rates, and attractive real estate values.

Transaction compression is evident on a more micro level, as nearby suburban areas and submarkets often feature, but at much lower prices. The most obvious example is the New York metropolitan area. While Manhattan has seen a drop in transactions recently, surrounding submarkets including the city’s other boroughs, its suburbs in Long Island, Westchester, and the New Jersey suburbs have seen increases. This is evident in Florida as well, where there has been a shift from Miami-Dade, Broward, and Palm Beach Counties to other Florida markets, including Tampa, Orlando, Jacksonville, and Southwest Florida.

Finally, we’ve also found that investors are interested in a broader range of lodging establishments. Resorts and hotels in destination markets are increasingly popular among prospective investors, as are limited-service hotels. Groups that formerly might have focused only on full-service hotels in top 10 markets might now consider limited-service assets in destinations such as Boise, Idaho; Moab, Utah; Bloomington, Ind, or the Carolina coast. As investors become more creative and adventurous in their prospecting, the new generation of attractive investment options will continue to expand.

Based on discussions with investors, the following markets, formerly viewed as secondary, appear to be especially attractive:

John Plasencia is a vice president with The Plasencia Group, serving as an investment advisor to the firm’s clients and investors. He specializes in financial analysis and modeling for hundreds of hotels and resorts.