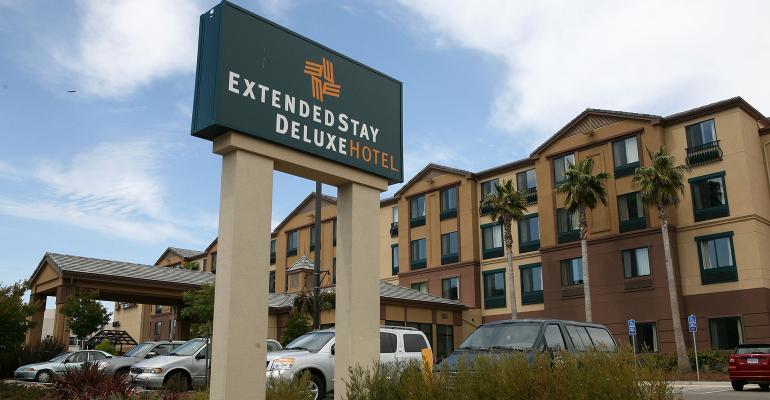 Early results show that investors in the lodging company will approve the deal, despite opposition from six large shareholders.

(Bloomberg)—Blackstone Group Inc. and Starwood Capital Group’s proposed takeover of Extended Stay America Inc. is expected to pass a shareholder vote Friday despite opposition from some of its investors, according to people familiar with the matter.

Early results show that investors in the lodging company will approve the deal, the people said, asking not to be identified because the matter isn’t public. The figures are preliminary, and shareholders could still change their vote ahead of the meeting Friday. The vote as of Thursday was extremely close, one of the people said.

Representatives for Blackstone and Starwood weren’t immediately available for comment. A representative for Extended Stay declined to comment.

The private equity firms agreed to buy Extended Stay in March for $19.50 a share, boosting their offer by $1 per share after opposition from six shareholders, including Tarsadia Capital, which campaigned to block the deal.

Tarsadia and some other investors continued to oppose the deal despite the price increase, arguing the sales process was flawed, the timing was wrong, and the standalone prospects for the company were better than the value being offered.

Both private equity firms have experience with Extended Stay. Blackstone acquired the hotel company in 2004 and sold it three years later. It was also part of a group that bought Extended Stay out of bankruptcy in 2010 and eventually took it public.

Starwood, meanwhile, disclosed last April that it had spent $137 million building a stake in Extended Stay. It owned 9.4% of the company on March 15, the day the initial deal was announced.