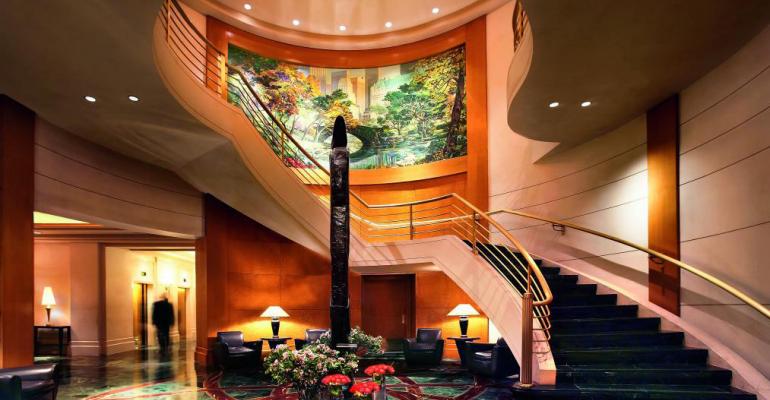 The top 25 hotel markets in the U.S. had an average occupancy growth of 5 percent in 2014, as the industry proved it is just about fully recovered from the devastating impact of the recession. U.S. cities with improving job and housing markets are doing best of all.

Greg LaBerge, vice president and national director with Marcus & Millichap’s national hospitality group, says New York City, Miami and San Francisco are all in high demand among investors, both by the number of visitors that stay in the rooms and by the number of foreign investors who want to buy properties with attractive long-term ROIs. The main factors driving strong activity in the hospitality sector today include strong demographic growth and high barriers to entry, he says. In New York City, for example, the recent addition of hundreds of hotel rooms has liberated demand that was not previously served. Occupancy in the market ticked up last year, despite a hefty 5.5 percent rise in available rooms.

“In New York, you’re seeing a new hotel open up almost every day, it’s just an anomaly market that plays by its own rules,” says LaBerge. “It continues to be very resilient, even with all the construction, but from an average daily rate perspective it’s certainly not as robust as other parts of the country.”

While New York City has the most construction going on today by a very wide margin, it’s actually number two in terms of rooms being built per existing inventory. J.P. Ford, a senior vice president of business development with the Portsmouth, N.H.-based Lodging Econometrics, says Austin, Texas has the most development per existing inventory at 29.1 percent, with 61 projects and 9,057 rooms. New York City is at 28.5 percent, with 188 hotels in the construction pipeline. Miami is at 23.9 percent, with 64 projects and 12,036 rooms underway.

New York still dominates the country’s hotel market for room stay, with the highest average occupancy rate at 85 percent for the past two years, and an average daily rate (ADR) of $263.45, according to a recent report from commercial real estate services firm JLL. The city saw almost $4 billion in hotel transactions last year, and could hit $6 billion this year, JLL researchers said. Foreign investors accounted for more than half of the 2014 total, with firms such as Hong Kong-based Seng Group buying the Sofitel New York and the SpringHill Suites New York Midtown. Chinese investors made up the bulk of the buying in New York City, and a Middle Eastern firm acquired the Residence Inn World Trade Center.

Gilda Perez-Alvarado, executive vice president with JLL, says investors across the globe are ready to compete for New York hotels of all types.

South Florida has seen about $2.3 billion in hotel transactions in the past 36 months, according to JLL, including the $278 million acquisition of the James Royal Palm. In March, KSL Capital Partners sold the 393-key hotel to Chesapeake Lodging Trust. The Miami market is benefitting from a strong demand for resort-themed hotels.

“Miami is just the gateway to all South American travel, there’s just been an enormous amount of money flowing in through Brazil,” LaBerge says. “It’s largest been tied to the strength of the foreign currency to the dollar, and this interest will wane as the dollar gets stronger.”

San Francisco’s hotel market is also doing quite well with occupancy, hitting the 90 percent mark twice in 2014, LaBerge says. While the market is smaller than others, it’s the higher growth market right now, he says, with more than 20 percent growth in occupancy since 2008 and more than 32 percent growth in ADR. Again, the main factor has been population growth, and San Francisco has been at the top of the country for demand of all factors.

“You look at these numbers, if you’re with your buddies who own hotels in San Francisco, you know who’s buying drinks tonight,” LaBerge says.